If you want to start crafting precious materials like Steel and Explosive Powder in Astroneer, you must first learn how to use your Atmospheric Condenser. Its primary function is to condense the atmosphere around it into gases that can be used to craft items such as Steel in your chemistry lab. That is why it is critical to understand how to use your Atmospheric Condenser correctly and which planets’ atmospheres produce each gas. All of which, we’ll show you in this guide.

How to Use the Atmospheric Condenser in Astroneer 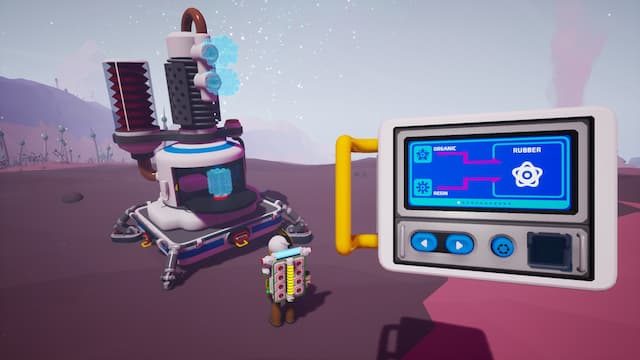 There are two ways to use the Atmospheric Condenser in Astroneer. If you want to go mobile, you’ll need a large shuttle, a compatible thruster of your choice, and at least 20 U/s of power. Any power source will do as long as you meet the minimum flow rate. If you’re short of power, the gas will take a longer time to produce.

You can also have a stationary Atmospheric Condenser set up, which will require a platform to do so. Then as long as you have enough power and storage, they will constantly collect gas in small canisters. Which you can further store in Medium Gas Canisters in your storage.

Now that you’re ready to begin collecting gases, you’ll need to know where they can be found. Each planet collects gases at different rates. The fastest and best-being 10s per unit of gas produced at 100 PPU. Here’s a complete list of the best planets for acquiring each gas.

Planets with gases that produce 10s per unit of gas produced at 100 PPU:

If you want to know which planet’s atmospheres produce what gases, simply check Planets in your Astropedia. They will indicate what gases they produce, but not the rate at which they’ll be condensed.