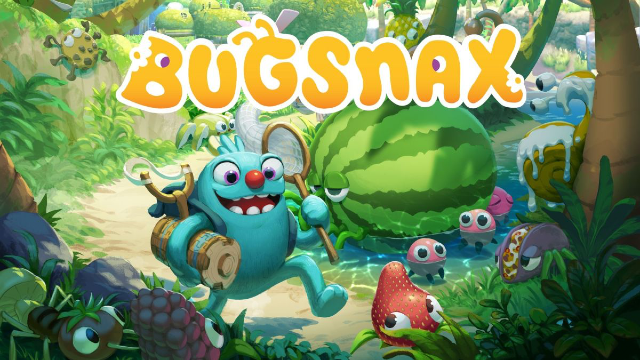 It’s not often that long-term PlayStation exclusives make their way to Xbox — but we’ve got some good news to report! Young Horses’ colorful adventure game Bugsnax, initially released on PS4 and PS5 back in 2020, will land on Game Pass later in April. It’s huge news, and indicates more previous exclusives could land on Xbox down the line. Read on to learn all about Bugsnax‘s impending launch on Xbox consoles. 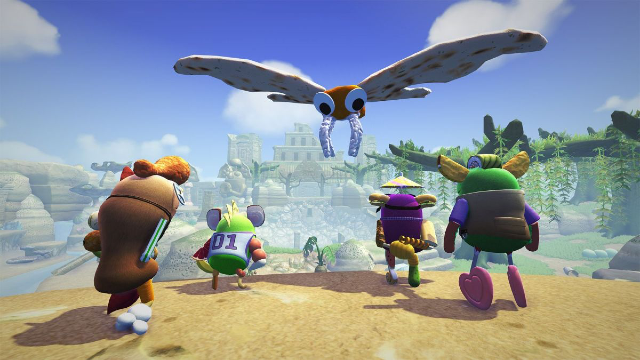 The good news was confirmed by Kevin Zuhn, Creative Director at Young Horses, earlier today, April 13. In a post on the Xbox Wire site, he announced that their marquee first-person adventure game would soon land on Game Pass. It’s releasing on April 28, 2022 for both Xbox and PC Game Pass. As such, all subscribers will be able to try it out.

What makes the arrival of Bugsnax so interesting is that up until now, it’s been a headlining PS5 title. In fact, the game was first announced at the PS5 reveal event in June 2020, so it’s been tied to Sony since it became public. After landing on PS Plus in November 2020, the game continued to appear in Sony’s promotional material. In fact, the upcoming expansion The Isle of Bigsnax was first announced at a State of Play in October 2021. As such, the game’s arrival on Game Pass is certainly a surprise.

Its launch on Microsoft’s gaming service coincides with the release of the aforementioned Isle of Bigsnax expansion. Available free to all players, it’s due to add three hours of story content. That’s on top of new challenges to complete, and the ability to give your character a swanky hat to wear. The expansion will come as part of the core Bugsnax game on Game Pass, so there will be no need to download it as DLC.

While it’s exciting to see Bugsnax go multi-platform, don’t expect this to become common. Since it was developed by a third-party studio, the chances are Sony only had it as a timed exclusive, similar to Oddworld: Soulstorm last year. As such, we may not see too many other PlayStation games on Xbox any time soon. Nonetheless, we still can’t wait to dive into Bugsnax!