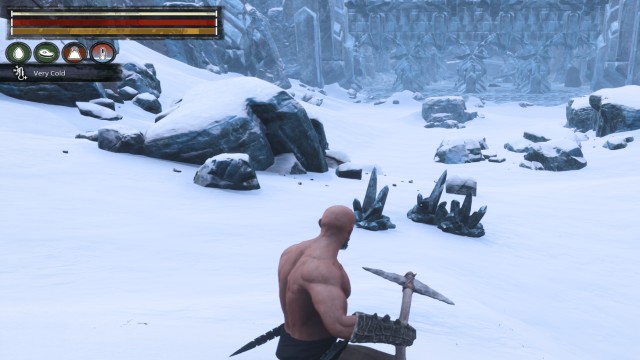 Conan Exiles contains a large variety of resources you’ll discover in specific locations throughout its dangerous world. Unfortunately, finding these materials can often be difficult due to its vast biomes and dangerous enemies. A particular item that players often have trouble finding because of its scarcity is Black Ice. Luckily, we’re here to do the work for you by letting you know exactly where to find it.

Where to Find Black Ice in Conan Exiles 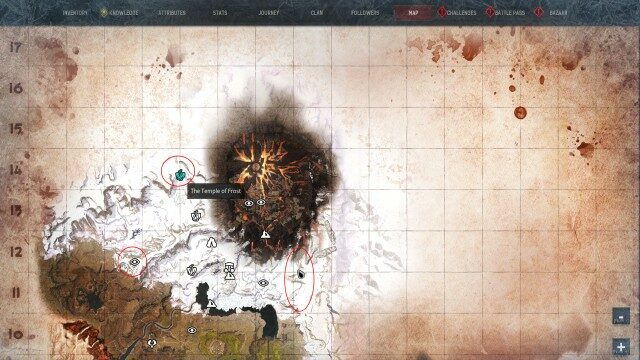 Black Ice is a rare and valuable material found almost exclusively in areas within the Frozen North. Some of the specific locations where you’ll be able to gather it include The Temple of Frost and Skyfall Ridge. The former can be found towards the northern side of the biome, while the latter is situated around the southwest. The section immediately to the east also carries a few ice nodes as well.

Although the aforementioned places contain Black Ice, we recommend heading to The Temple of Frost first. This is because the region holds a large number of ice crystals that you can mine using a pick or hatchet to obtain the necessary resource.

Since the deposits that you mine also yield seven to eight pieces of Black Ice with each hit, you’ll be able to collect the amount that you require within this area alone.

However, be careful not to stray too near The Temple of Frost itself. There are a couple of Frost Giants guarding its entrance that are incredibly tough to handle. To be safe, you’ll probably want to stick to its outer sections. If you’re looking for a challenge, however, and you manage to defeat them both, you’ll be able to loot a few pieces of Black Ice from one of the fallen giants.

Check out our other guides for more on Conan Exiles: