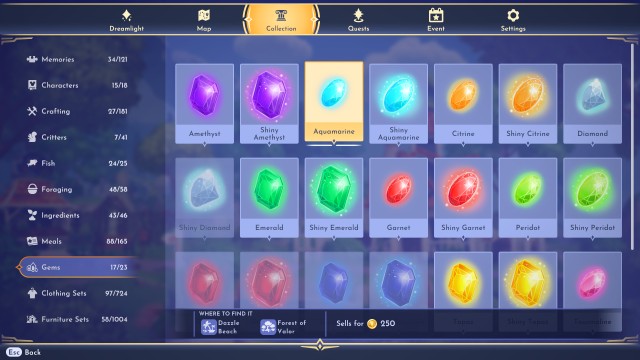 Disney Dreamlight Valley contains plenty of different resources and materials you’ll eventually need to collect. You’ll be able to come across most of these items as you progress through your adventure. And, as expected, the game will often require these items for a number of tasks. A certain resource that is often present in the game’s quests is the Aquamarine gem. Here’s where you need to look in order to find it.

Where to Find Aquamarine in Disney Dreamlight Valley 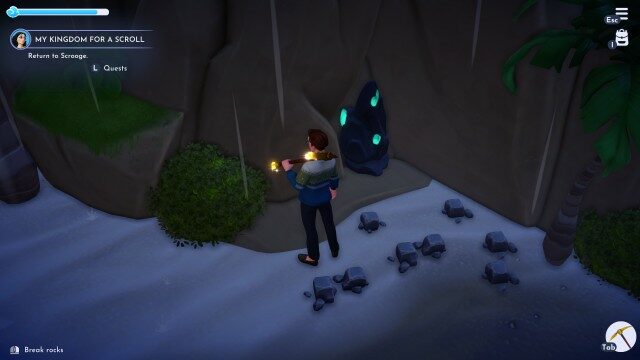 Aquamarine can be found in any of the mining spots within Dazzle Beach and the Forest of Valor. Keep in mind, though, that these spots won’t always yield the required gem whenever you use your Pickaxe on them. However, the rocks containing these resources do return quickly enough, so you’ll be able to acquire the amount you need in no time.

It’s also important to note that before you can mine the rocks in these areas, you’ll have to unlock them first. The Dazzle Beach biome is one of the cheapest zones to unlock as it only costs 1,000 Dreamlight. On the other hand, the Forest of Valor is a little more expensive as you’ll need to spend 3,000 Dreamlight to access it.

There are a total of five mining spots each in both the Forest of Valor and Dazzle Beach which can yield Aquamarine. You can find the first two at Dazzle Beach in the area that’s near the Peaceful Meadow. You’ll be able to locate the next two spots in the grassy section where the Pillar of Power is situated. Finally, the last rock is tucked away near the cave where Ursula first got trapped.

Conversely, the Forest of Valor mining spots are a little trickier to get to. This is because you’ll only be able to access two of them by removing the tree stumps that are blocking the bridges. To do this, you’ll have to progress through Anna’s quest line first.

If you can’t currently access the section past the bridge, you can still mine three rocks within its opening area. You’ll be able to find one to the left of the Pillar of Courage. You can then find the other two on either side of the stairs that lead up to the Frosted Heights.