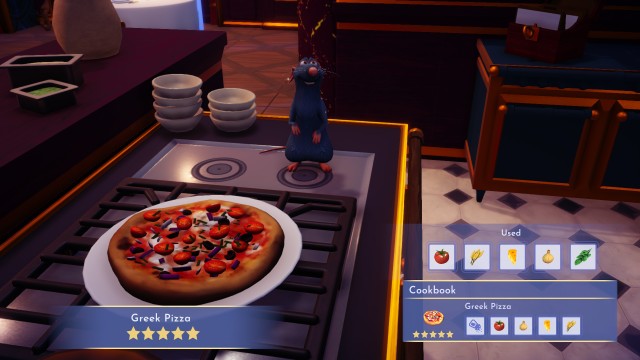 The list of recipes in Disney Dreamlight Valley contains some of the most iconic dishes known throughout the world. One recognizable meal you can make in the game is the Greek Pizza. However, this specific dish may not be familiar to all players. So, what does it take to throw this meal together? Here’s a list of all the ingredients you’ll need to make this recipe.

How to Make Greek Pizza in Disney Dreamlight Valley 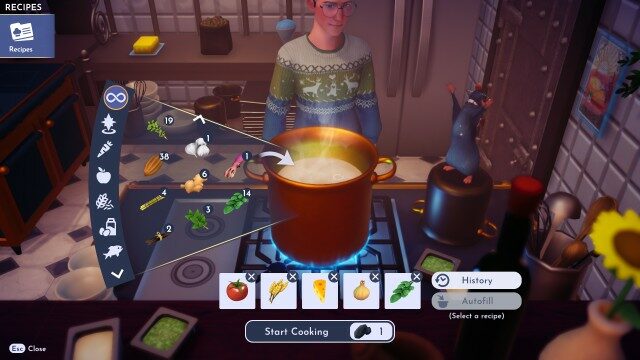 Tomatoes are available for sale at Goofy’s Stall in Peaceful Meadow for 33 Star Coins each. If you want to save on money, you can purchase Tomato Seeds for eight Star Coins. After you’ve planted the seeds, you’ll be able to harvest the Tomatoes after 25 minutes.

You can also buy Wheat at Goofy’s Stall in Peaceful Meadow for three Star Coins. Alternatively, Wheat Seeds are also purchasable for one Star Coin only. These are also the fastest growing crops in the game as it only takes one minute for them to bloom.

Next, Onions can be bought at Goofy’s Stall in the Forest of Valor biome for 255 Star Coins. On the other hand, Onion Seeds are also available for 50 Star Coins. Keep in mind, though, that it takes 75 minutes for the plant to fully grow so you’ll have to wait a while.

Before you can access Goofy’s Stall in the Forest of Valor, however, you’ll have to unlock it for 3,000 Dreamlight. You’ll also need to repair the stall initially by spending 1,500 Star Coins.

Afterwards, you can buy Cheese at the Chez Remy pantry for 180 Star Coins. It’s important to note, though, that you’ll only be able to purchase ingredients from Remy’s restaurant after you finish his second quest.

Finally, you’ll be able to use any Spice that you want in making this dish. The easiest spices to acquire are Basil and Oregano as these can easily be found growing throughout the Plaza and Peaceful Meadow.

The Greek Pizza recipe isn’t exactly the most profitable dish in the game because it can only be sold for 638 Star Coins. It does, however, restore a decent amount of stamina when consumed as it contains 1,162 Energy.