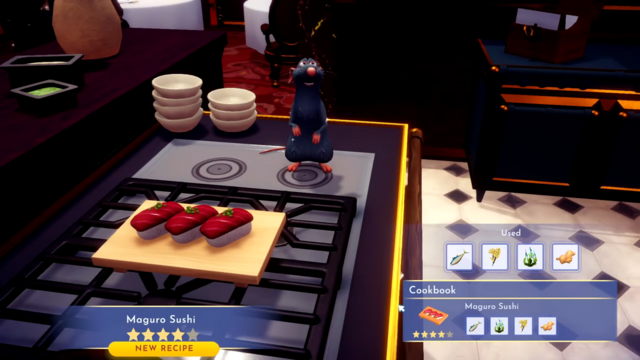 Once you start heading into the later stages of cleaning up in Disney Dreamlight Valley, you’re going to want some better meals. The Maguro Sushi recipe is very valuable, both financially and in terms of energy regeneration. Requiring a very particular set of ingredients to complete, this excellent entree is well worth making. Read below to find out how to make Maguro Sushi.

How To Make Maguro Sushi in Disney Dreamlight Valley 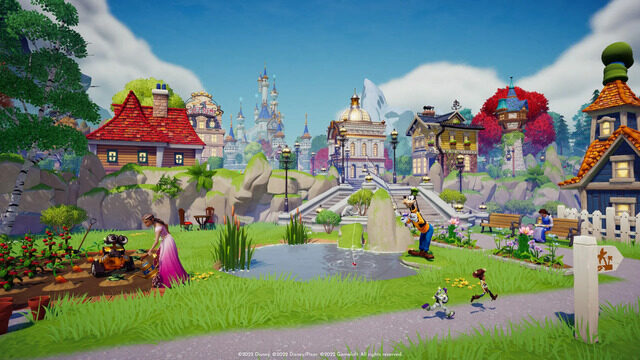 The Maguro Sushi recipe is a far more complex sushi dish than the ones you’ve encountered before. Being a four-star dish, you’re going to have to look for four specific ingredients: Rice, Seaweed, Tuna, and Ginger. With these items combined, you’re looking at an incredibly useful meal.

Every sushi dish starts with rice. Buy some seeds from Goofy’s Stall at his Glade of Trust stall, plant, water and grow them, and we’re off to a great start. Seaweed is also relatively easy to obtain, and while you can find some on the ground in the Glade of Trust or Dazzle Beach, there is another way to get it.

It isn’t very intuitive, but if you fish at Dazzle Beach, cast your fishing rod towards some water that doesn’t have any ripples or bubbles in it. There’s a chance you’ll reel in a more common fish, such as a Cod, but every so often you’ll instead pull in some Seaweed. Don’t go crafting it into Fiber, we’re going to need this one!

Tuna can be found in either the Glade of Trust or the Forgotten Lands. You’ll likely access the Glade earlier, considering that it costs you only 5,000 Dreamlight to get into. However, you’re going to need to get into the Forgotten Lands for Ginger anyway, so it’s up to you how you do this! Either way, head to your chosen body of water and start fishing. This time, aim for the ripples in the water, and you’ll have yourself some Tuna in no time.

Finally, as mentioned above, for the final ingredient in the Maguro Sushi recipe you’ll need to head to the Forgotten Lands to get some Ginger. The Forgotten Lands cost 15,000 Dreamlight to access, and you have to do so via the Sunlit Plateau, costing you 7,000 Dreamlight to unlock. After this rather large investment, you can find long, green stems of Ginger scattered around – pull them up and you have your final ingredient.

Now you have your four ingredients, head to a stove with a chunk of Coal, and combine these four ingredients. Once you’ve done so, you’ll have yourself some Maguro Sushi, ready to keep your energy up on the journey through Disney Dreamlight Valley.

For more recipe guides, we’ve got you covered: