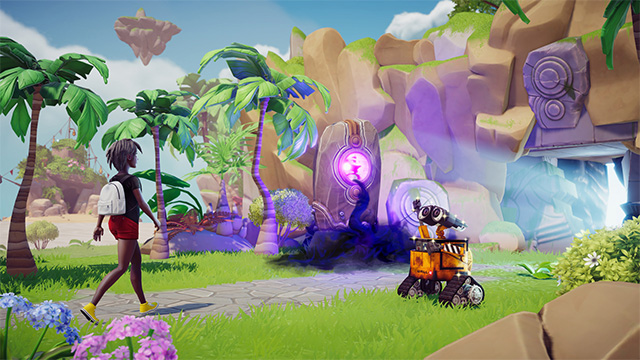 Disney Dreamlight Valley is a game for the most hardcore Disney fans. You’ll be making a name for yourself in Dreamlight Valley, helping the likes of characters like Mickey Mouse, and Donald Duck. However, one of the quests for Donald requires you to find a particular flower: the Pink Houseleek. So, where is it located? For that, we can help.

Where to Find Pink Houseleek in Disney Dreamlight Valley

Once you enter the sunlit plaza, you need to be on the lookout for houseleeks. They’re tall plants with flowers on the top. There’s another flower, that only has one on it. Those are not the flowers you’re looking for, if they have multiple flowers on the plant, then those are the houseleeks.

Keep in mind Pink Housleeks are rare. You’re going to have to refresh the flowers in the biome. As for what this means, you’re going to want to pick all the houseleeks in the area. To get more, you’ll have to wait for them to regrow.

As for what you do with it, it’s part of a quest for Donald Duck. In the game, there’s a quest called The Forgotten Project. Donald Duck has a Time Capsule, and in order to open it, you’re going to need the Ordorus Magnificus. This new item consists of multiple flowers, including the Pink Houseleek. You can also use the Pink Houseleek to decorate your home.

For more on Disney Dreamlight Valley, be sure to check out our guide on where to find pebbles.