If you cast your mind back to the summer of 2020, there was one party game to rule them all: Fall Guys. The wacky spin on the battle royale genre was a huge hit, thanks to its day-one launch on PlayStation Plus. Ever since then, it’s remained locked to PlayStation consoles and PC, leaving Xbox owners with no way to play it. That looks set to change soon though, leaving one question: when is the Fall Guys Xbox release date?

When Is The Fall Guys Xbox Release Date? 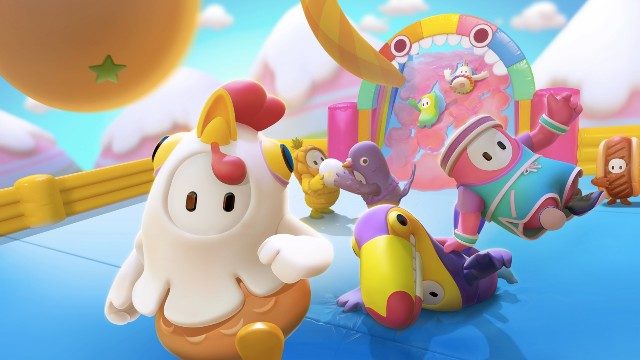 After a long wait, Fall Guys will release on Xbox Series X/S and Xbox One on June 21, 2022. That’s the same day that it also launches on Nintendo Switch, and goes to a free-to-play model.

Yes, June 2022 marks extensive change for Fall Guys. After two years spent as a PlayStation console exclusive, it’ll now be free on all platforms. On top of that, players on Microsoft and Nintendo consoles will be able to play it alongside friends on other platforms. The good news was announced in a live stream in May 2022, confirming the switch to a free model, and the new platforms.

It’s definitely good news for Fall Guys fans, giving the game a bunch of new players to draw in. If you’ve only ever had Xbox and therefore missed out on the hype, then this is the perfect chance to get it without spending a cent. More than just porting the game over though, the new versions will add a brand-new season pass. The first season is themed around sport, with new modes and arenas to explore, and hopefully win.

As such, the wait the Fall Guys Xbox release date is nearly over. At the peak if its popularity, it looked like an unlikely circumstance, given how successful it was on PS Plus. However, as the years have gone on, it’s the perfect way to reinvigorate interest in the series. We can’t wait to try out Fall Guys on Xbox!