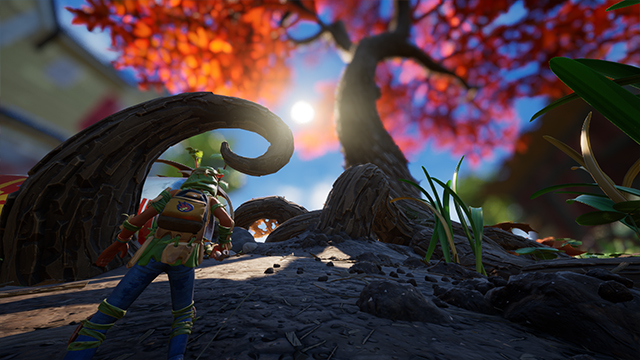 Grounded is filled to the brim with enemy creatures, and many of them can be dangerous. However, there are also plenty of passive creatures for the player to interact with. Like all the bugs in the backyard, even passive enemies drop items. The grub is one of the more important ones in the early game, since it drops useful hides and meat. However, they like to burrow underground, making them tough to spot. So, where should you start looking? Read on to find out.

Where to Find Grubs in Grounded

Oak Hill is the best place to find grubs in Grounded. Since this is right around where the game begins, you’ve probably already seen these critters before. However, don’t let your guard down. While there are plenty of resources in the area, a few Orbweavers are known to patrol around Oak Lab. All the same, it’s worth the caution. As long as you have a shovel, you’ll be able to farm plenty of grubs around Oak Hill.

If you don’t have a shovel yet, you’re not totally out of luck. To get started, you’ll need a busting hammer that can break acorns, like the Pebblet Hammer. Once you do that, pick up the acorn shells. Combine one shell with one Crude Rope and two Sprig to make the shovel. If you don’t have the recipe for it, you head into the Oak Lab and analyze the acorn pieces.

Once you have a shovel, leave the Oak Lab, and head around the hill where the tree is. To find grubs, you need to look for moving dirt. The effect is small, but it’s noticeable if you’re paying attention. When you see the ground moving, hit it with the shovel to dig up the grub. Even though it’s helpless, you need to kill it quickly, or it will burrow back underground. When destroyed, you’ll pick up some grub sludge, hide, and raw grub meat.

You can also find grubs in places like caverns, and if you’re brave and tough enough, spider dens. Dark, underground places are where they like to burrow. Just remember to keep a shovel handy and watching for the shifting earth.

For more help with Grounded, check out some of our other guides: