Grounded has a lot of secrets. From figuring out why you’re shrunk to the size of a bug, to figuring out why there are science labs hidden around the backyard. However, there are more traditional treasures and secrets hidden in Grounded. One of them is in the sandbox and requires a key.

Where to Find the Sandbox Key in Grounded 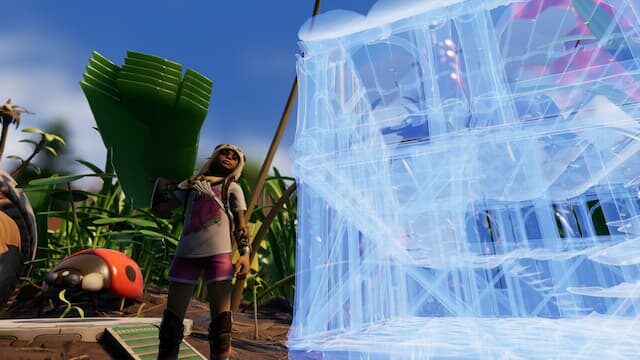 Finding the Sandbox key in Grounded is a simple task. As the clue to finding it is within the sandbox itself. First, you’ll want to go into the lab hidden in the sandbox. But, you’ll need the Assistant Manager keycard if you want to get into the lab. That’s done by doing the Black Ant Lab Quest. If you haven’t done that yet, you can still get the key.

Once you get into the Sandbox lab, the clue will be on a whiteboard in the back of the lab. You can either figure it out yourself, as it tells you exactly how to find the Key.

But, for those who don’t want to solve the riddle here’s what it’s telling you. The Whiteboard shows that if you find the sand shovel in the sandbox, and dig within the shadow of the handle at 3:30 pm, you’ll unearth the melted moat key.

So, wait until 3:30 pm, and go get the key! Or, if you know where it is already, you can find it at any time during the day.

After this, it’s all about finding your way to the sunken treasure chest behind the sandcastle in the moat. using the key will unlock the chest, and reveal it’s contents. A single Milk Molar. For those unfamiliar with Milk Molars, you can use them to permanently upgrade your stats. Health, Thirst Burn, Hunger Burn, and Stamina. and plenty more.

There are still more secrets to find in Grounded, so happy searching!