The first-person survival game Grounded is one of the most consistently popular titles on Game Pass. Your journey from being a small fish in an even smaller pond to one of the most well-equipped survivors can be an enthralling one. However, there’s always one question players have: Is it possible to play via split-screen? Luckily, we’re here to outline whether Grounded has offline multiplayer in the form of split-screen.

Does Grounded Have Offline Split-Screen Multiplayer? 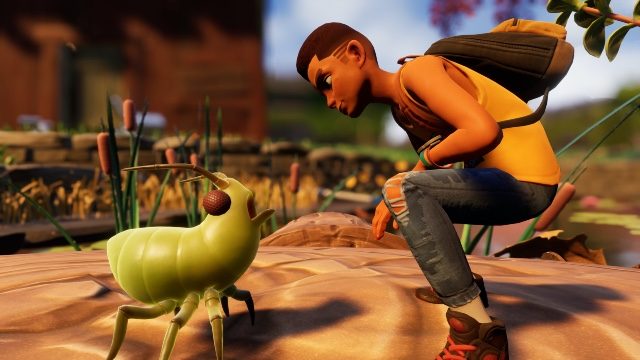 Unfortunately, Grounded does not have split-screen multiplayer. As such, there’s no way to play offline with friends. If you want to take on the pint-sized wasteland with a partner in tow, you’ll need to do so via online multiplayer.

The good news, then, is that online multiplayer is very much a feature in Grounded – and one that you can access quite easily. Straight from the main menu there’s an option to host or join an online lobby, so you can team up with friends and tackle the various quests and enormous enemies together.

However, there’s no indication that Obsidian plans to add Grounded split-screen at any point in the future. Offline co-op play seems to be something of a dying art, with fewer and fewer tentpole releases including it. One such case is Halo Infinite: a series famed for its split-screen, but which lacks co-op offline campaign at launch. While it’ll be added down the line, it’s yet further proof of the slow but gradual disappearance of split-screen in modern gaming.

Therefore, Grounded players looking to team up with friends will have no choice but to head online through Xbox Live. However, you can have up to three other partners playing with you, which should go some way towards making up for the lack of split-screen. As games become more graphically complex, requiring increased processing power, we may need to wave goodbye to offline multiplayer as an expectation.