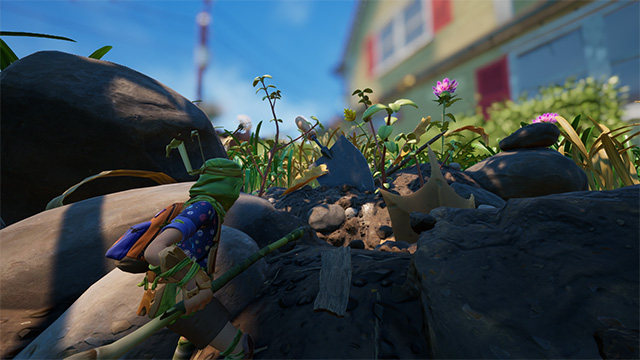 One of the side quests in Grounded has you looking for unfinished trail markers to put notable locations on the map. One of the first ones assigned to you is the Red Anthill. After that, you’ll need to find Trowel Gulch. However, this location can be difficult find, especially if you don’t know where to look. Luckily for you, we can help.

Where to Find the Trowel Gulch Marker in Grounded 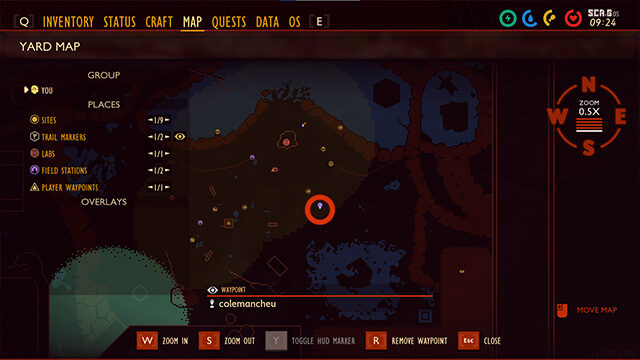 The Trowel Gulch marker in Grounded is located right around the middle of the map, just southeast of Oak Lab. The ravine was made by digging out the ground with a trowel, and the trowel itself is still at the edge of the gulch. To find the marker, head directly for the trowel.

The marker blueprint should be visible right under the tool. All you’ll need to complete it is two sprigs, two plant fibers, and a single clover leaf. Once it’s completed, you’ll be able to find it anytime you open your map.

However, it will not be there if you haven’t used the computer in the labs to start the quest. If you haven’t made it to that trail marker quest, you’ll be unable to complete it. Still, that doesn’t mean you can’t put another trail marker down anyway. You can just leave it there until you get the side quest for that location.

Another thing to mention when finding this trail marker is to look out for enemies roaming the area. The Bombardier Beetles around the location that can be a pain to fight if you’re not prepared with enough armor or weaponry. So, if you’re trying to complete the quest, you’ll have to either run in and complete it without being seen, or attempt to fight your way out. Either way could work, depending on your play style. Just remember that if you happen to fall in battle with no one to help you, you’ll have to trek back and grab your backpack.

For more on Grounded, check out some of our other guides: