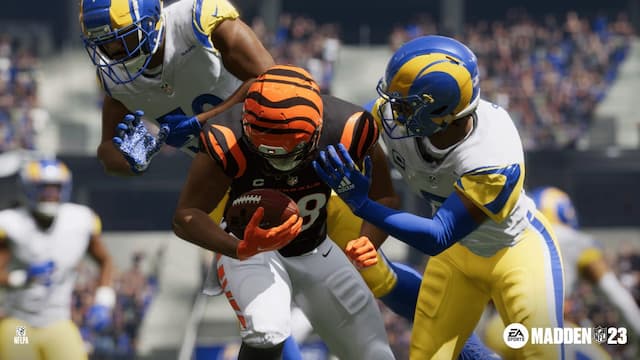 Madden 23 is the latest entry to land in Electronic Arts’ long-running sports series. And though it may boast the franchise’s biggest features yet, not all players are eager to pay the cost of entry. Fortunately, Xbox is known for offering top-tier experiences through Game Pass subscriptions. However, that doesn’t necessarily mean that the newest release is available to subscribers. Is Madden 23 on Xbox Game Pass? Is there any word on future availability? Read on to find out.

Is Madden 23 On Xbox Game Pass? 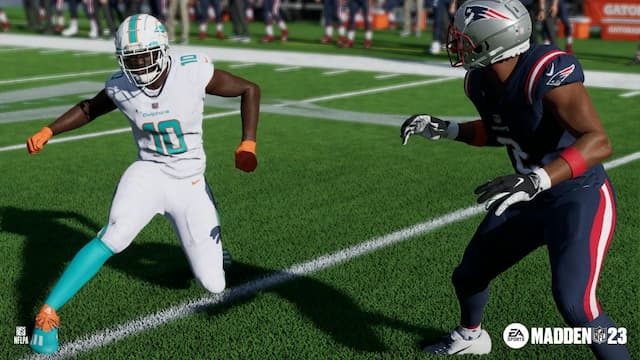 Madden 23 is not currently available on Xbox Game Pass, and Electronic Arts hasn’t yet mentioned plans to bring it to the service. However, that’s not to say it won’t ever become available. Madden games tend to land on Game Pass six or so months after they first release. Going by past releases, subscribers should be able to play Madden 23 around February or March of 2023.

Though these dates may seem a bit arbitrary, they aren’t. That’s because EA sports likes to time the release of Madden games around significant events. The Madden 23 launch was aligned with the start of the 2022-2023 NFL season. Likewise, the NFL Playoffs take place in January, with the Super Bowl scheduled for February 12, 2023. Coincidentally, we saw Madden 22 come to Xbox Game Pass in February of this year, just four days after the conclusion of Super Bowl LVI.

If we had to guess, we’d assume that the general timeline will be used again. EA hasn’t confirmed it, but we’d expect Madden 23 to hit Xbox Game Pass right around the time of the next Super Bowl. It’s just speculation, but if we had to bet, we’d say this is the most likely timeline.

In other words, don’t hold your breath. Madden 23 won’t be available on Xbox Game Pass for a while. That said, you can probably expect it to appear on the service later, probably around February 2023. In the meantime, perhaps the August Xbox Game Pass game lineup will keep you occupied for the month of August.

For more help with Xbox Game Pass, check out some of our other guides: