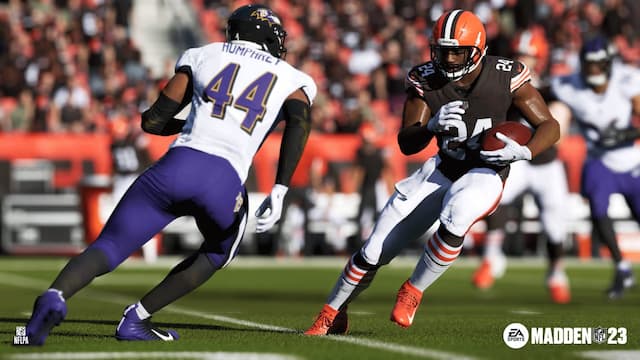 Other than using a truck move in Madden 23, the dead leg move is another way to get past a blocker. Unlike the truck move, which focuses on hitting the player’s chest, the dead leg move focuses on taking out the player’s legs. This is a far more effective method that is usually only countered by a cut block. That’s why in this guide we’ll show you how to dead leg a player as the ball carrier, how to counter it with a cut block on defense, as well as how to dodge a cut block as the ball carrier.

How to Dead Leg in Madden 23 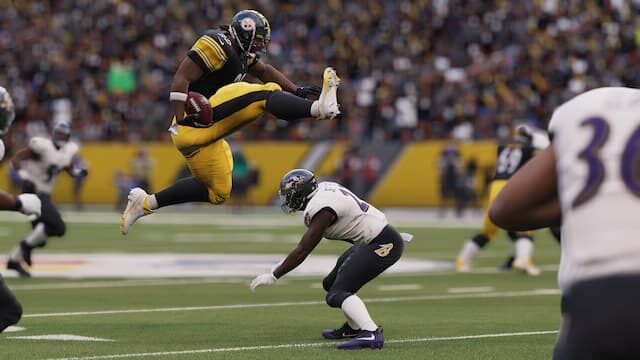 Here’s how to perform the dead leg move as the ball carrier in Madden 23 on all consoles:

To perform the dead leg move, you simply need to hit right stick down (S on PC) right before you make contact with the player. This will activate the move, however, keep in mind that the dead leg is very situational. Typically, it should only be used when you are the ball carrier and are up against one blocker. That’s when it’s most effective, as the move will slow you down while you’re performing it.

The defensive move to counter a dead leg is known as a cut block. It’s the same controls (right stick down on console, S on PC) to perform the cut block. Remember to activate the move, you just need to hit the key right before making contact.

If you find that blockers are using the cut block move on you too frequently and you are unable to break free, there is a sneaky move to get around it if timed correctly. That is by hurdling over the player since they are diving towards your legs to make the tackle.

Here’s how to hurdle on in Madden 23 on all consoles:

It may take some trial and error for timing, but once you’ve mastered it, you’ll effortlessly hurdle over the blocker performing the cut block. Additionally, you can hurdle to the side by moving your left joystick (Mouse on PC) to the left or right while pressing the hurdle key.