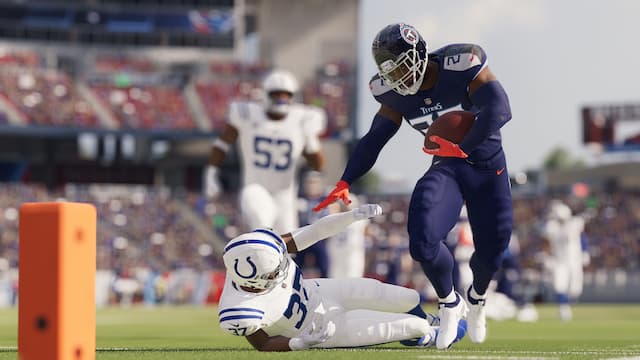 When you’re running downfield as the ball carrier in Madden 23, and a blocker gets in your way, sometimes the best way past them is to run through them. This is referred to as a truck or trucking a player. Its name references the amount of force the player is hit with, pancaking them into the ground almost as if they weren’t even there. That’s why it’s important to know how to truck a player on offense, as well as how to size up for a truck if you’re the defender.

How to Truck a Player in Madden 23 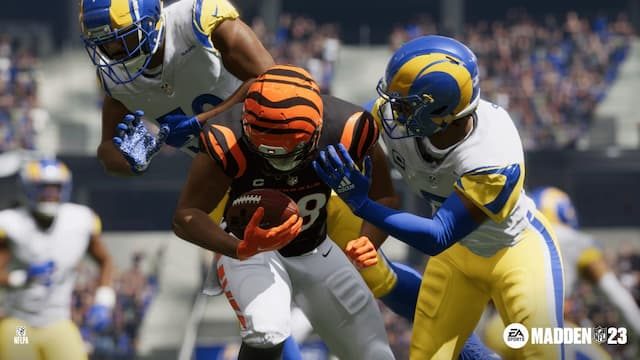 If you’re the ball carrier, here’s how to truck a player in Madden 23 on all consoles:

If you’re using a big running back or wide receiver who’s most likely got the strength over the opposition, trucking a player is an effective move. However, you have to make sure you’re not juking to the left or right, and are steamrolling in a straight line at the player. Right before impact hit the right stick up to trigger the truck and barrel through the blocker. However, it will only work as long as they aren’t setting up an aggressive impact block. That’s the way to counter a truck on defense.

Here’s how to do an aggressive impact block in Madden 23 on all consoles:

Yes, it’s the exact same controls on defense to counter a truck with an aggressive impact block. However, just like the ball carrier, make sure you’re not flat-footed or shuffling side to side. You should be running head-on at the player, then right before impact, use right stick up (W on PC) to activate the aggressive impact block. Typically, the player with the higher power and strength stats, as well as their running speed, will determine who wins the head-on collision.