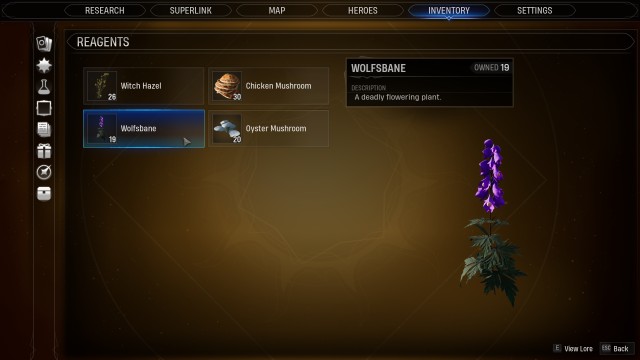 Throughout Marvel’s Midnight Suns, you will often come across items called Reagents, which are used to craft various recipes. However, some of these resources will also be specifically requested by certain heroes, like Magik does with Wolfsbane in one of her quests. Naturally, you’ll be the one heading out on a search expedition. If you don’t know where Wolfsbane is located, here’s where you need to look to find some.

Where to Find Wolfsbane in Marvel’s Midnight Suns 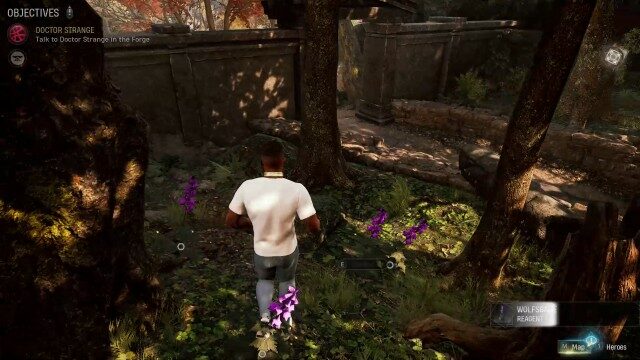 You can find an abundance of Wolfsbane around Agatha’s Altar, which is located on the west side of The Abbey. Before you can access this area, however, you’ll need to unlock the ‘Open’ Word of Power first. Keep in mind, though, that you can only gain access to this skill after Agatha has introduced it through her opening quest.

With the ability now learned, head past The Abbey’s training area and look for the steps leading upwards. After reaching the top, use the ‘Open’ ability to unlock the gate. Doing so lets you access this map section of Marvel’s Midnight Suns. Once inside, you’ll need to look for the purple-colored plants scattered throughout the altar.

Since there are only a total of nine Wolfsbane in Agatha’s Altar, you’ll need to find another piece to complete Magik’s quest. You can head over to the crater area on the north side of The Abbey to collect the last one. It can be found near the ladder along with a few pieces of Oyster Mushrooms.

You can also find additional pieces of Wolfsbane in both the Dreamer’s Descent and the Stone Terrace area. These sections are found on the east side of The Abbey and are also unlockable with the ‘Open’ Word of Power. Once you’ve collected ten Wolfsbane, simply talk to Magik to finish the quest.