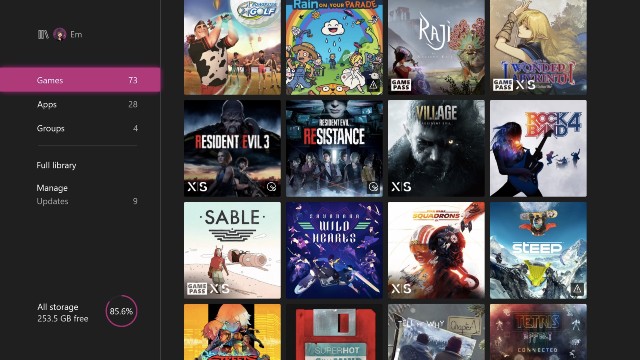 An early look at an upcoming Xbox Series X/S UI update suggests that new badges are coming to each game. Currently, you can spot them in the bottom-left on games. They denote certain conditions of each game, such as whether it is enhanced for Series X/S, or whether it is a Game Pass title. If these new snippets are to be believed, Microsoft is expanding this mechanic. 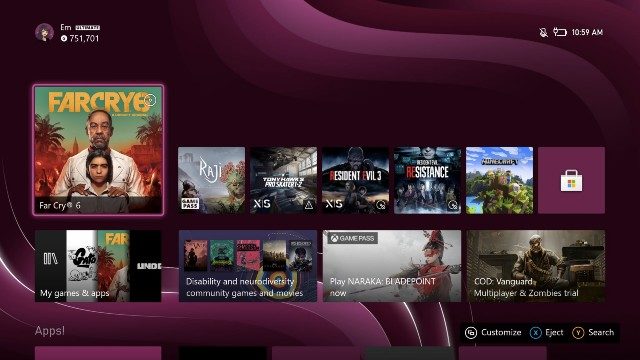 The news comes via Twitter thanks to Eden Marie, Engineering Lead at Xbox. The new badges are currently accessible only to Xbox Alpha and Alpha Skip Ahead insiders, though it should come to all players in a future update.

As of right now, the system seems to add a few new badge types for your games. One such example is to denote whether a game is disc-based or digital, as well as whether it is currently installed or requiring a download. They may seem like small changes, but it all adds to the fluidity of the Xbox UI.

On top of that, the new badges can also demonstrate whether a game has left Game Pass. That’s on top of whether the current user doesn’t have access to it. In cases where you may leave your Xbox alone for extended periods, it’ll help you see what you can still access and what you can’t.

We currently don’t know when this update will come to all Xbox Series X/S owners. It seems to be fairly close to completion, if these snippets are anything to go by. However, it may still need to go through various phases of testing to iron out issues. Microsoft will no doubt provide additional details as soon as the feature is ready for rollout.

It may seem like another small change, especially after the startup speed boost in a recent system update. However, it all contributes to making next-generation Xbox consoles run that bit more smoothly.