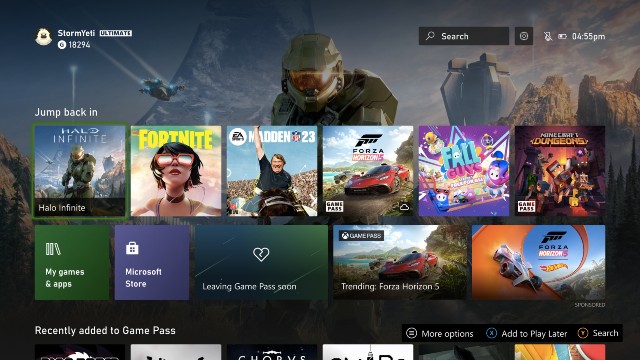 Microsoft today announced a new UI layout for the Xbox One and Xbox Series X|S consoles. Available now for insiders to test out, the full rollout is due to take place next year. It’s a fresh new look for the current family of Xbox consoles, and the first major revamp since the launch of the next-gen variants in late 2020. Read on to learn all about this new Xbox UI. 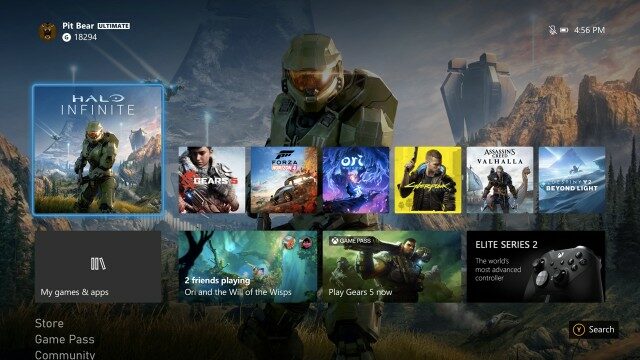 Confirmed today (September 8), a new menu format on Xbox One and Series X|S consoles is on its way. As first confirmed on the Xbox Wire website, the new look focuses on six tiles of games, with a few revamped tiles on the row below. These include familiar entries such as immediate access to your library, and advertisements for the latest games.

The main difference is a new “Jump back in” section, which displays the six most recent apps or games you’ve used. This initially seems very similar to what we already have, but aims to make it a speedier process than before. Alongside that are new homes for the store and settings menus, rather than including them alongside your games in the main bar. In a move similar to the Steam homepage, you can now scroll endlessly on the menu to see new game recommendations.

So far, only those signed up to the Xbox Insider scheme are able to test out the new UI design. It’s planned for a wider launch at some point next year, though we don’t have a specific release window just yet.

Either way, Xbox fans will no doubt be excited for a sleek new look for their dashboard. The current design has been in place since before the Xbox Series X|S consoles released, so a new lick of paint will only add to the next-gen sheen.