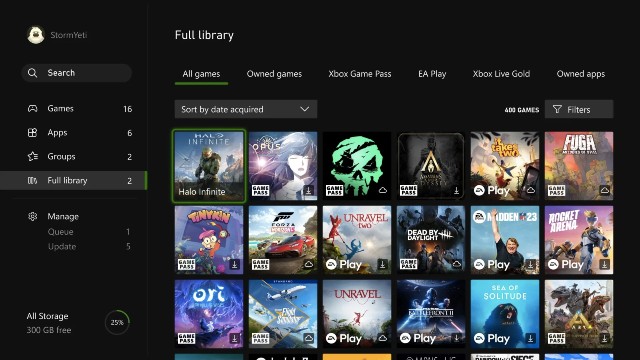 Microsoft released a new update for Xbox One and Series X|S consoles today. It’s a fairly small one, especially after last week’s news of a brand-new UI coming soon. However, it does make some changes to the game library section that players may find slightly irritating. Read on to learn all about this new Xbox update, and the subtle but significant way it tweaks your game library view. 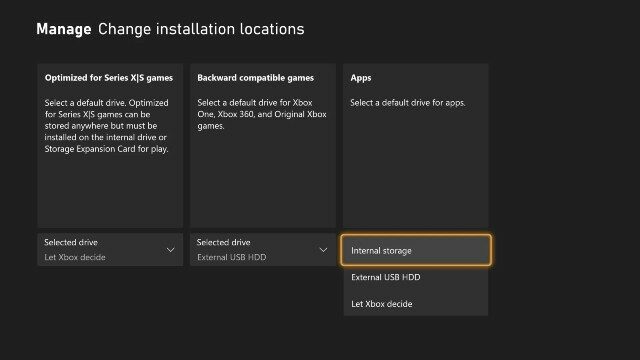 The key change in this update is a new full library view, which you can select when you look at your games and apps. Rather than just showing you all the games you own, it incorporates games from other subscription services. As such, it includes games on Game Pass, as well as EA Play and Games With Gold.

Therefore, this new full library view gives you an exhaustive breakdown of each and every title you can dive into. However, the lack of distinction between games you fully own, and those you only lease via a subscription, may be grating to some. Either way, it’s a clearer way to see all available Game Pass titles, rather than scrolling through the dedicated Xbox Game Pass App.

On top of that, you can now select the install location when downloading a game. That means you can choose between your console’s hard drive and any external storage devices you may have hooked up. The only other big changes come in support of the Elite Controller 2 Core model, which launched today. Via the Xbox Accessories app, you can now customize the color of the Xbox button on your handset, with a near-endless supply of shades to choose from.

This new update is fairly small in terms of the changes it brings, though this new full library view could confuse more casual Xbox users. The lines between your library and the Game Pass library are blurred now, though, which some may find agitating.