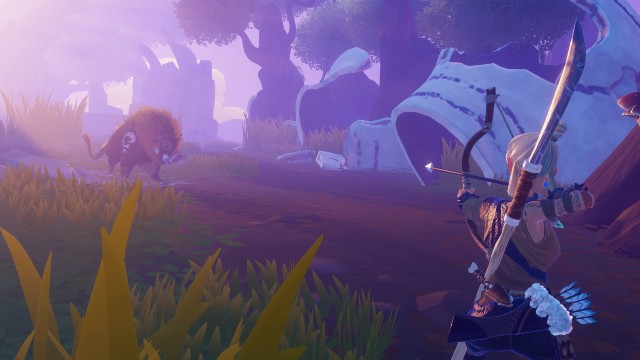 October 2022 is a big month for Xbox’s Games With Gold service. It marks the first batch of free games without Xbox 360 titles, which have been formally removed from the scheme. As such, many were expecting two extra Xbox One or Series X|S games to compensate. Instead, however, Microsoft has only added two games for subscribers this month. Read on to see the new Games With Gold titles for October 2022. 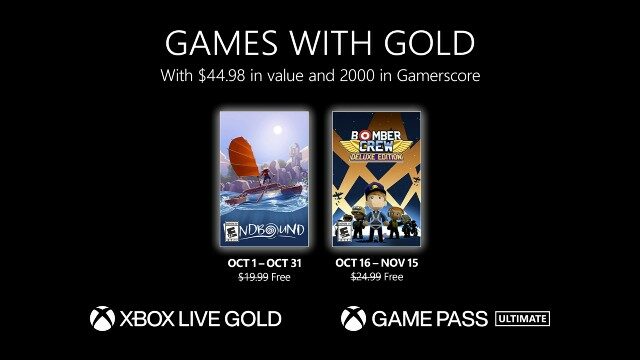 As mentioned, there are two games coming to Games With Gold this month, unlike the usual four. It remains to be seen whether the quantity will go back to normal in subsequent months, but so far we know these titles are coming.

The first is Windbound, a survival game quite unlike anything else you’ve played before. You take control of Kara, the sole inhabitant of a remote island that you land on during a disaster. Crafting is central to the gameplay loop. Each and every tool that you’ll need must be made yourself, ranging from weapons to fend off threats to the food you eat. There’s more than just one island to explore, though. As you gradually play more, you’ll be able to craft a boat capable of sailing across the rocky waters, to new areas. Exploration then becomes the center of your experience, discovering all the varied world outside of your new haven. Windbound will be free via Games With Gold from October 1 to October 31.

The second and final game for the month is Bomber Crew Deluxe Edition. This is a re-release of the original Bomber Crew game, which released on Xbox One in 2018. It also includes the subsequent DLC packages, Secret Weapons and USAAF. In this game you control a squadron of pilots. There’s less of a focus on direct combat, instead forcing you to use strategy. You’ll decide when pilots need to refuel, whether they have enough ammo, and whether hydraulics are working or not. It’s a different style of aerial combat game, available from October 16 to November 15.

It’s all change for Games With Gold this month. While the titles may not be as high-profile as some will have hoped, the endless allure of Game Pass ensures it’s not all bad news.