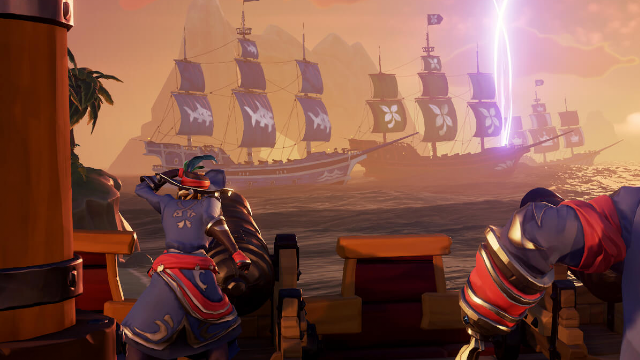 Sad news for Sea of Thieves players today, as the game’s Arena PvP mode is due to close. Come March, this secondary mode will shut its doors for good. Developer Rare has made the move to focus resources on more popular modes, though it’s sure to upset dedicated PvP players. Join us as we explore all the details around the demise of Sea of Thieves‘ PvP mode.

Yes, in a post on the official Sea of Thieves website today (January 28), it was confirmed that the Arena is set to close. Its servers will shut on March 10, 2022, the same day Season 6 of Sea of Thieves begins. While it’s sure to disappoint those dedicated to this niche PvP offshoot of the open-world adventure game, the reasons behind it definitely make sense.

As per the blog post from Rare, just 2% of the game’s player base spend time on the Arena mode. Given how small that number is, it does make sense that it may not be worth the developer’s effort. On top of that, active development on Arena ended in December 2020, with no new content in the mode since then. The team has still made efforts to maintain and update the mode during the shift to Xbox Series X/S, but that’ll end this March.

Sadly, it seems like the Arena mode never quite matched Rare’s expectations. They hoped it would become a more casual alternative to lengthy Sea of Thieves quests, but its failure to entice the fan base made its closure inevitable. Luckily there’s plenty of rewards for Arena players, with exclusive ships due for release to those above Sea Dogs rank 5, and even more cosmetics if you’ve reached rank 50. Luckily, players still have a few weeks to make the most of Arena before its closure. While it’ll be sad to see it go, this change hopefully means even more exciting Sea of Thieves additions in the future.