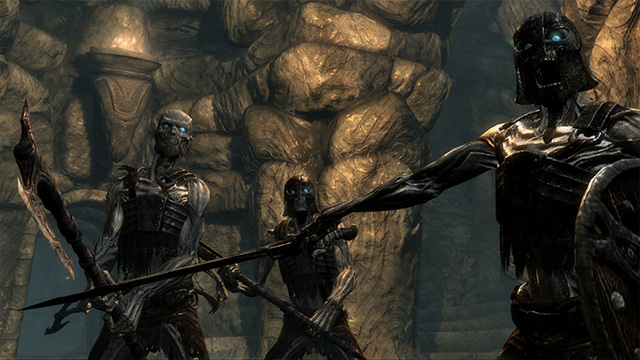 Weapons are easy to come by in Skyrim. As you quest through the in-game world, you’re bound to come across more than you’re ready to use. But of the many you’ll find, the Dwarven Black Bow of Fate is one to watch for specifically. That’s because this piece of Dwarven weaponry comes with a powerful enchantment that will absorb stat attributes. As you might guess, however, that also means it’s a difficult weapon to unlock. Here’s what you’ll need to do.

How to Get the Dwarven Black Bow of Fate 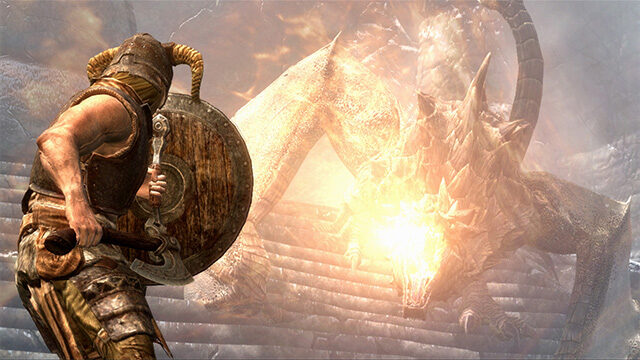 Finding the Dwarven Black Bow of Fate is simple. It’s located in Kagrumez, which is a Dwemer Ruin on Solstheim. You won’t be able to get it unless you have the second DLC expansion entitled Dragonborn. If you’re playing any anniversary version of Skyrim, chances are you have the DLC.

However, to get into Kagrumez, you’re going to need some special stones. The main door is locked, and it can only be opened thanks to the Resonance Stones hidden around Solstheim. To gain access to each room, you’ll need four in total. Their locations are scattered around the world, meaning you’ll need to hunt them down.

Two can be found at once. They’re carried by a Reaver Lord already in Kagrumez. While you cannot explore the whole dungeon or grab the bow yet, you can grab two of these stones without having to travel too far.

The third stone is found in the Nchardak Aqueduct. You can find it sitting on a table in the upper northeast room. A fourth can be found in Fahlbtharz, in the final room sitting on a plate.

If you happen to make your way to Tel Mithryn, you can come across an NPC named Revus Sarvani. They’re selling one of the stones, so if you have the gold (or the skill) you can take it from them.

Once you have at least four stones, you can open the doors in Kagrumez. Then, you can make your way to the southeast room, where the Dwarven Black Bow of Fate is sitting on a rack for you to pick up.

This bow is offers a 50% chance to absorb 25 points of Health, Stamina, and Magicka. It may not be the most powerful bow, with only 13 in damage, but it will keep you in the fight.