Terraria‘s NPCs serve a purpose to player progression. Each NPC sells something or has some information or quests for the players to have. Most items sold by merchants are bought with the coins found from killing enemies. However, there’s one NPC who doesn’t take coins: the Tavernkeep. Instead, he takes Defender Medals. So, where can you get your hands on some? Read on to find out.

How to Get Defender Medals in Terraria 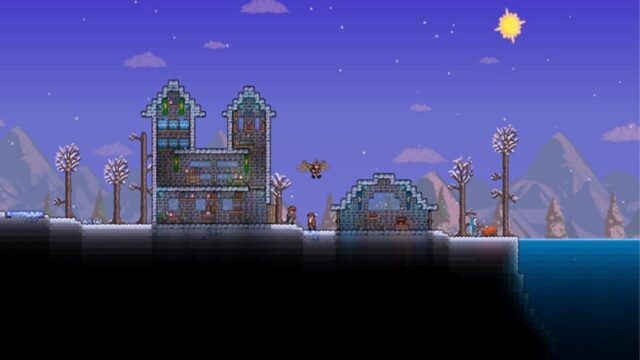 If you’re trying to get Defender Medals in Terraria, there are a few ways to do it. Once the Tavernkeep moves in, you’ll be able to acquire five of them by talking to him and getting an Eternia Crystal. These are the only freebie medals you’ll get throughout your playthrough.

If you want to get more than just five, you’ll have to complete an event. First, you’ll have to purchase the Eternia Crystal and its stand from the Tavernkeep. Once you’ve done that, head out into a large flat open area to start the Old One’s Army event. This event requires that you defend the crystal until the waves are complete, taking on multiple enemies in the process.

Once the event is complete, you’ll be awarded Defender Medals that you can use to purchase items from the Tavernkeep. You’ll have to do the event more than once if you want enough to purchase the items you need for progression.

If you happen to be playing on Expert Mode, there’s another way to gain these medals while progressing through the Old One’s Army Event. During Tier 2’s final wave, a dragon will appear named Betsy. If you kill this boss, you’ll receive a treasure bag that includes between 30 and 49 Defender Medals.

As for the event itself, a good strategy to get through the event is as follows. Place walls around the Crystal to prevent grounded enemies from going through. Any material that doesn’t let projectiles pass through is another good option, as it’ll prevent enemies from shooting at the crystal while ranged.

For more on Terraria, check out some of our other guides: