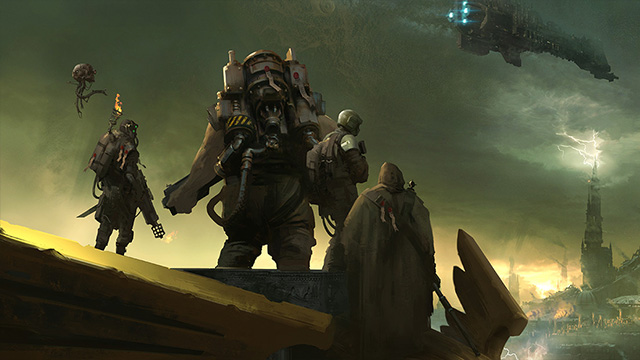 Warhammer 40k: Darktide pits you and three other players against a horde of enemies. Your goals may change each mission, but one constant always remains: Heretics must die. Killing enemies is what the game is all about, and while you can kill them with your weapons, some attacks cause bleed. But, what is it and how does it work?

How Does Bleed Work in Warhammer 40k: Darktide?

Bleed is one of the status effects inflicted by weapons in Warhammer 40k: Darktide. Mechanically, it’s comparable to Poison from other games, which is a status effect on enemies that does damage over time.

However, where Bleed and Poison separate and become something different is stacking. When you inflict Poison on an enemy, they do a fixed amount of damage over time. However, when you start using Bleed, you apply a stack to it.

When you use the weapon again on the same enemy, you double the stack, and so on and so forth. Eventually, if you’re able to apply a large number of stacks onto the same enemy, it does more damage over time, than Poison.

If you have a full group using weapons that inflict Bleed, applying enough stacks onto a boss can make it easier to maintain health while the the Bleeding status does some of the heavy lifting for you.

Combining this with grenades that inflict the Bleeding status can help take care of hordes, but you trade a quick group kill for the satisfaction of watching enemies ragdoll in every direction.

It’s recommended to apply Bleed stacks onto spongy enemies. Since it’ll drain their health while you engage in combat.

Bleed is an important part of your arsenal, allowing you to divide your attention from one enemy to another, while they lose health over time. You’re effectively fighting every enemy passively once you inflict Bleed on them. Allowing you to keep the fight going, while running, reloading, and throwing grenades.