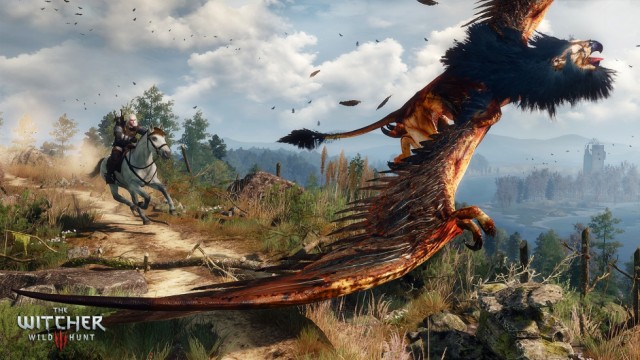 The Witcher 3 has a large variety of crafting resources that you can find throughout your adventure. Some of them can be acquired through traditional means like picking them up from the game’s open world. However, there are also a number of other materials that can only be obtained from creatures that roam the continent. One example of a rare ingredient that can be collected from dangerous beasts is the Powdered Monster Tissue. Here’s what you need to do to get some for  yourself.

How to Get Powdered Monster Tissue in Witcher 3 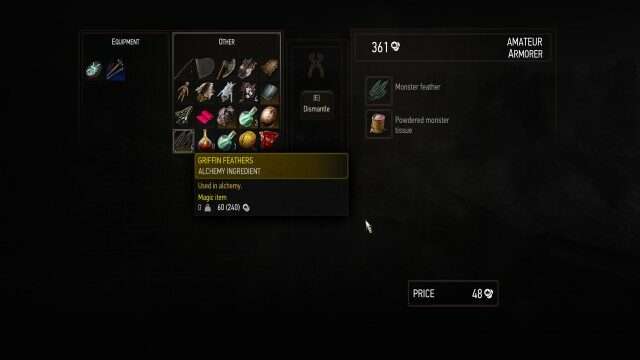 You can get Powdered Monster Tissue by defeating specific monsters, including Griffins, Gargoyles, Specters, or Shaelmaar. Keep in mind, though, that the last beast is only available through the Blood and Wine DLC.

By defeating a Griffin, you’ll be able to obtain Griffin Feathers, which you can dismantle to collect Powdered Monster Tissue. Killing a Gargoyle yields Gargoyle Hearts and Gargoyle Dust, both of which can also be dismantled for the aforementioned resource.

Finally, Specter Dust and Shaelmaar Dust, which are dropped by Specters and Shaelmaars respectively, can also be turned into Powdered Monster Tissue using the same process.

In order to dismantle these items, simply head to any blacksmith near your area and talk to them. You will then be able to select the Dismantle option in the menu that pops up which allows you to turn the previously collected objects into what you need.

You will also need to bring a certain amount of money to pay the blacksmith for dismantling an item. The amount that you’ll need to hand over also depends on the rarity of the material you’ve given so it’s never a bad idea to bring excess Oren with you.

Once you have the Powdered Monster Tissue in hand, you will then be able to craft a variety of rare equipment with it. This includes the Legendary Ursine Silver Sword and the Legendary Griffin Gauntlets among others.