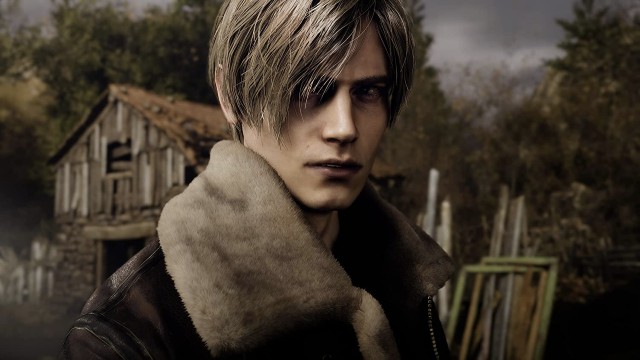 When first announced earlier this year, Capcom confirmed the Resident Evil 4 remake for next-gen consoles and PC only. As such, Xbox players would need a Series X|S to enjoy this reinvention of Leon S. Kennedy’s adventure. However, new leaks on Amazon suggest a previous-gen version of the game could be in the works — and after a recent PS4 reveal, it’ll no doubt come as good news. 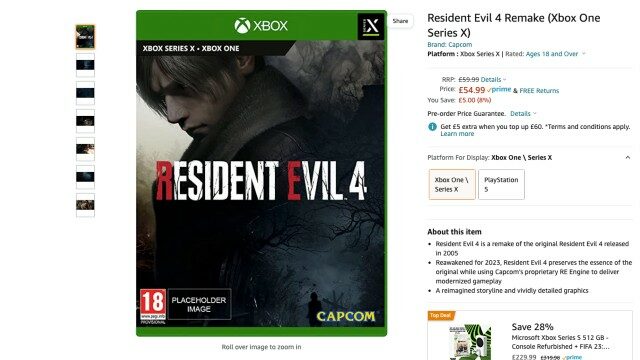 Yes, it appears that an Xbox One version of the Resident Evil 4 remake could be in the works. This will no doubt come as a surprise, given the game was initially slated just for next-gen consoles. However, in a Capcom showcase earlier in September, the Japanese studio confirmed a PlayStation 4 version. Crucially though, at that time, an Xbox One version was not announced.

That said, a brief look at the game’s Amazon page may suggest otherwise. Alongside PS4 and PS5 versions, there is a combined Xbox release for both previous-gen and next-gen systems. Provided this wasn’t made in error, it means Xbox One owners can play the game after all. Capcom has yet to confirm this though, meaning its status is still subject to change.

However, given the game has already been confirmed for PS4, an Xbox One version seems inevitable. There are no known exclusivity deals for this game on PlayStation, meaning there’s no logical reason why it couldn’t make the jump to Microsoft’s 2013 console.

With these leaks now circulating across the internet, the chances are Capcom will speak out on this topic very soon. A Resident Evil showcase event is coming in October 2022, so that may be the perfect opportunity to lay rest to these rumors.

If it turns out to be true, then the Resident Evil 4 remake will have transitioned from next-gen only to a previous-gen release too. Given so many gamers still can’t get their hands on the newer hardware, it makes the game much more accessible.