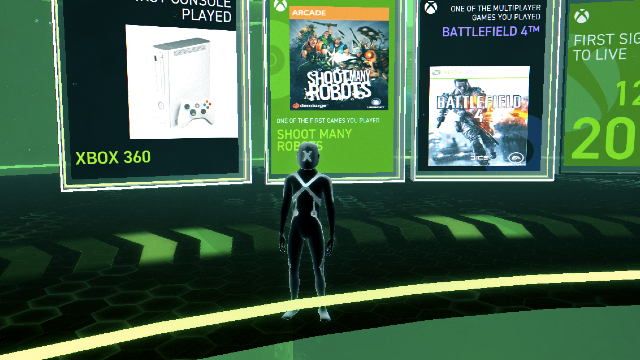 An interesting new website has opened as part of the ongoing Xbox 20th Anniversary celebrations. It’s called the Xbox Museum, and it contains nods to the past two decades of Xbox history. On top of that, you can sign into your Microsoft account to check out your most played games, as well as take a peek at your rarest achievements. 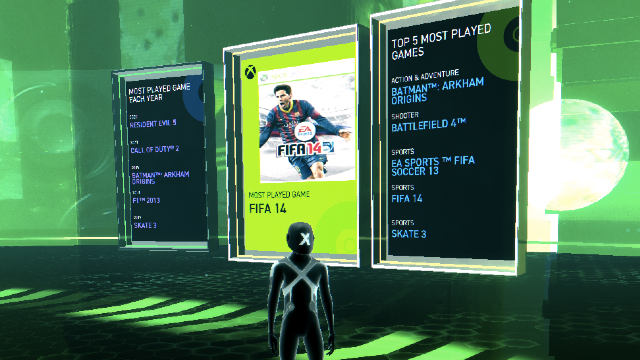 Yes, this new virtual hangout is the hub for all things Xbox, just in time for the 20th anniversary celebrations.

When you first land on the website, you can walk around and explore articles discussing the launch of all four generations of Xbox. In fact, the first thing you’ll see in the museum is a graphic on the walls, showing Dwayne ‘The Rock’ Johnson at the Xbox reveal event at CES 2001. From there, you can read up on the development of the original Xbox, 360, One, and Series X/S. That’s on top of a special page dedicated to the Halo series, fittingly coming soon after Halo Infinite’s launch.

Elsewhere, there are 132 collectable items to grab throughout this open-world museum. You’ll collect small trinkets to harken back nostalgia of Xbox’s early years. Sadly, it doesn’t seem to be linked to any exclusive items. You can’t unlock new outfits or icons through this new website.

However, the most exciting element of the Xbox 20th Anniversary Museum is the detailed analytics you’ll get on your time with Xbox. If you log in with your Microsoft ID, you’ll be able to see a range of statistics. These include your most-played games from every year, as well as the rarest achievements you’ve unlocked. It’s similar to the Year in PlayStation annual event, but focused on Xbox.

As such, the Xbox 20th Anniversary website makes for a meaningful dedication to the last two decades of Xbox. Even better is the nostalgic look at the games that have made your experience special.