In a wholly unprecedented move, Sega has relisted the famous 2006 flop Sonic the Hedgehog onto the Xbox Store. Initially removed alongside other forgotten entries in Sonic’s back catalog, there’s no clear reason why it’s returned. For fans wanting a reminder as to why it tanked the series though, the chance has once again emerged. Join us as we take a look at the mysterious reappearance of Sonic the Hedgehog 2006 on the Xbox Store. 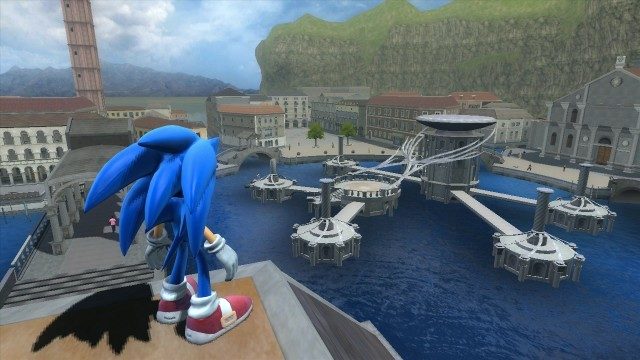 Yes, if you happen to browse the Xbox Store today, you may come across the much-maligned 2006 Sonic reboot. That is, if you’re on Xbox 360. Mystifyingly, Sega has only listed the game for compatibility on its original platform, not the Xbox One or Series X/S. That’s unlike other 360-era games like Sonic Generations, which do work on newer consoles.

What’s unclear is exactly why the game has ended up back on the Xbox Store, especially just for the 360. Upon its release at the dawn of the sixth generation, it was widely considered a franchise-ending failure. Its tricky 3D camera and odd story saw Sonic teaming up with a human love interest, which just didn’t sit right with fans. In fact, it took the beloved team-up Mario & Sonic at the Olympic Games to reinvigorate faith in the franchise.

While Sega has yet to comment on the return of Sonic 2006 to the Xbox 360 store, it’s not too much of a surprise. Other games from the era including Sonic Unleashed and Sonic Adventure 2 are on there as well. Sega could be gradually reinstating the back catalog. Especially with the retro collection Sonic Origins landing in June this year, there’s an awful lot of the blue blur on the horizon.

Combine that with the much-anticipated Sonic Frontiers, slated for a late 2022 launch, and it’s a very good year for Sonic. Just don’t put too much faith on the 2006 reboot holding up after all this time.