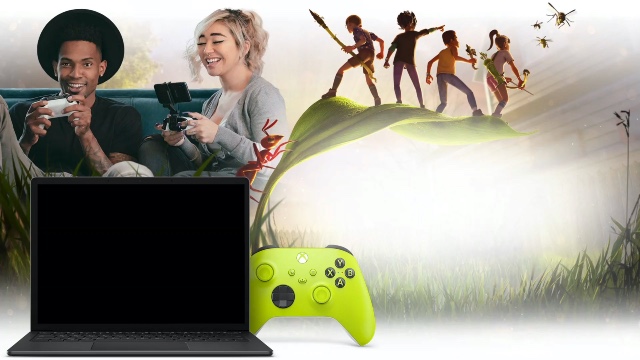 In a move that you’ll be surprised to learn hasn’t already happened, Xbox Cloud Gaming will soon support keyboard and mouse. This online-only branch of the successful Game Pass package is focused on mobile and tablets. However, this new development means traditional keyboard and mouse players can at last enhance their input experience. Read on to learn more about this exciting change to Xbox Cloud Gaming.

Yes, if you’ve longed to play Xbox Cloud Gaming with keyboard and mouse, you’re in luck. As per Microsoft Flight Simulator Head Jorg Neumann, these peripherals should start working with the service soon.

This news comes from a 90-minute developer Q&A on the official MFS YouTube channel. Asked about whether the Xbox Cloud Gaming version of the game could support mouse and keyboard in the future, his outlook was bright:

“The platform team is working on this. I know I can’t give a date because it’s the platform team. I don’t know their dates, but it’s coming,” Neumann said.

That makes it sound like the functionality should be here soon. It’ll certainly make the game more accessible to cloud users, who may have the internet connection and hardware to run Microsoft Flight Simulator, but not the storage space to download it.

Notably though, it seems like that’s the only game currently confirmed to add this functionality. Neumann isn’t too clear on whether this addition is just for MFS, or the Cloud Gaming roster as a whole. Therefore, we can’t hold our breath yet about it being a de facto function on the service down the line. Given the obvious demand for it though, it would seem likely to become a new feature across the board.

Until Microsoft itself provides official confirmation, it’s difficult to speculate. Players would no doubt love keyboard and mouse support for all cloud games on Game Pass, even though only one game is confirmed right now. We’ll have to just wait and see!