Astroneer is all about space exploration and resource gathering. That’s why crafting and building are essential if you want to advance yourself to new areas and deeper depths of space. However, one issue that players have encountered is figuring out how to rotate objects, which has resulted in their base looking more like a scrapyard. That’s why this guide will show you how to rotate objects no matter which platform you’re using to play the game.

How to Rotate Objects in Astroneer 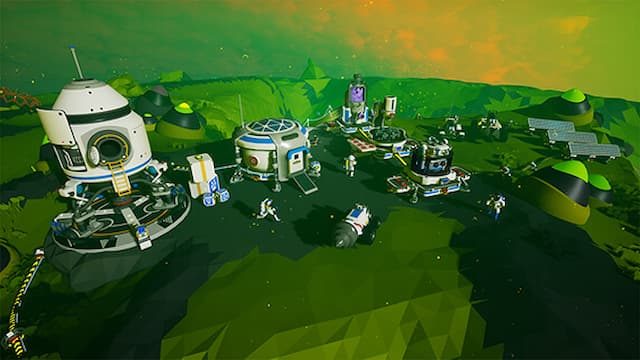 On PC, you can use the C and V keys to rotate items in Astroneer. If you’re playing on a console, use your controller’s bumper buttons rotate objects left and right. That’s LB and RB for anyone on an Xbox console, or L1 and R1 on PlayStation consoles. Don’t worry Switch userss we haven’t forgotten about you. On Nintendo Switch, you rotate objects by using your triggers rather than your bumpers, which are ZL and ZR.

The same buttons we’ve listed above for rotating objects, also double as the Deform Mode for you’re Terrain Tool. The options to deform terrain with your Terrain Tool are Excavate Mode, Elevate Mode, and Flatten Mode. To switch between any of these modes, have you’re Terrain Tool in hand and simply press either of the rotate object buttons. This is extremely useful for precisely shaping terrain before laying the foundations for your base.

There you have it, now you can make your home base in Astroneer more to your liking by leveling out your terrain and rotating objects. And if you want to show off your newly designed base to your friends, see the article below on how to play with friends.