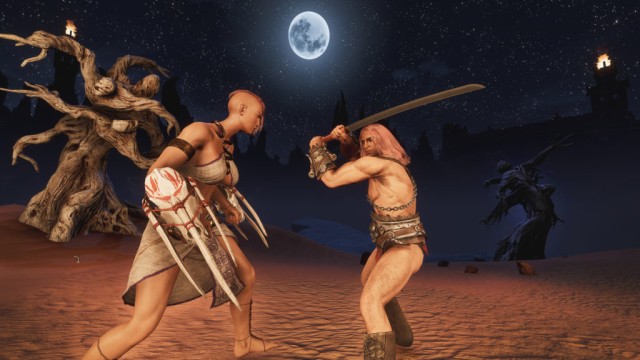 Conan Exiles is a macabre and mysterious title that holds plenty of intrigue for those willing to journey through it. The mythical beasts found within carry a variety of unique resources that you’ll be able to use throughout your adventure. One example of a particularly rare yet grim item in the game are the Weathered Skulls. If you’ve experienced difficulty in acquiring these objects, you aren’t alone. Fortunately, we know a few methods you can use to get your hands on them.

How to Get Weathered Skulls in Conan Exiles 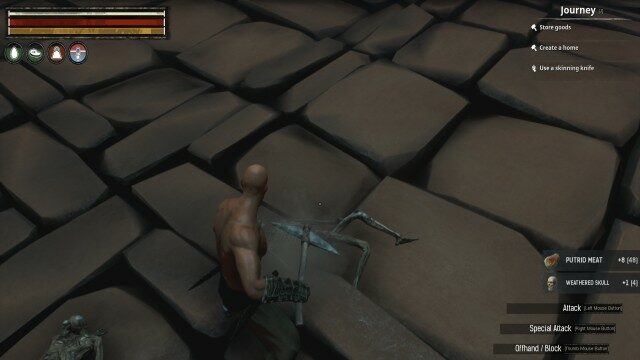 You can get Weathered Skulls in Conan Exiles by defeating any one of the following enemies:

After you’ve downed any of these enemies, you can use either your Pick or Cleaver on the body to harvest the Weathered Skull.

If you’ve noticed, these tend to drop from undead or reanimated creatures. Skeletons can be found in two specific places, namely The Arena and Executioner’s Entrance. However, these creatures also have a weaker variant called the Skeletal Darfari that are located in a camp near The Arena.

Next, Serpentman Skeletons spawn in a variety of different areas. This includes places such as The Arena, The Unnamed City, The Passage, and Executioner’s Entrance. On the other hand, Armored Skeletons are situated at Klael’s Stronghold.

Finally, Silent Legion Warriors and The Kinscourge are located within The Black Keep, which is positioned within the Snow biome. Keep in mind that The Kinscourge is a Dungeon Boss so you may want to explore other options before tackling this enemy.

If you want to obtain Weathered Skulls easily, we recommend heading for the Skeletal Darfari Camp. Since these are weaker versions of the Skeletons found in other locations, they won’t pose as much of a threat.

Check out the following guides for more on Conan Exiles: