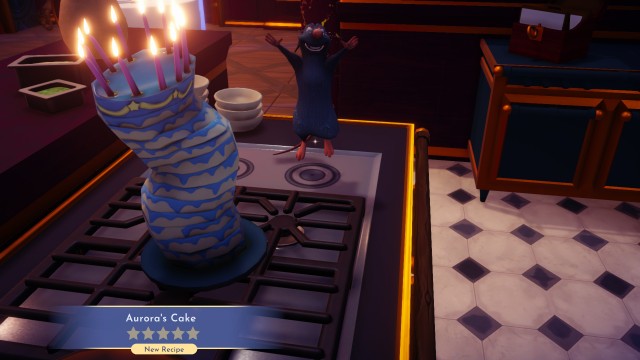 Disney Dreamlight Valley is home to some of the most iconic fairy tale figures known throughout the world. Some even have their own signature dishes already included in the game’s extensive cookbook. However, there are a few notable characters that are yet to be introduced but have already had a well-known meal of theirs listed within. One example is none other than the Sleeping Beauty herself, Aurora, and her recognizable dessert, Aurora’s Cake. If you need help in making this towering treat, then we’ve got you covered.

How to Make Aurora’s Cake in Disney Dreamlight Valley 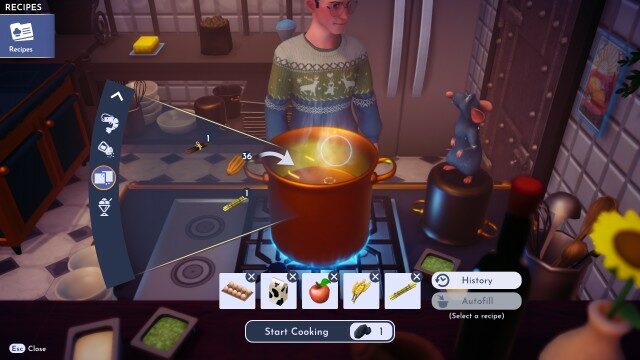 In order to make Aurora’s Cake, you will need to collect the following ingredients: Wheat, Sugarcane, Egg, Milk, and one of any Fruit.

The first ingredient, Wheat, can be purchased at Goofy’s Stall in Peaceful Meadow for three Star Coins each. If you’re feeling stingy, you can also buy Wheat Seeds instead for only one Star Coin. However, you will have to wait one minute for it to mature before you can use it.

Sugarcane is similarly purchasable at Goofy’s Stall, but you’ll have to go to Dazzle Beach this time. Once there, you’ll be able to acquire this ingredient by spending 29 Star Coins. Alternatively, you can also buy Sugarcane Seeds instead for five Star Coins, but you’ll have to wait seven minutes for it to grow.

The next two ingredients, Milk and Eggs, are both available at Chez Remy for 230 and 220 Star Coins respectively. It’s worth noting, though, that you’ll need to finish Remy’s second quest first before he starts selling these ingredients.

Finally, you’ll be able to use any type of fruit in the creation of this recipe. Since Apples and Raspberries are some of the most accessible in the game, we recommend gathering either of these two options. Apples can be found growing on trees within the Plaza. On the other hand, Raspberries can be harvested from bushes in both the Plaza and Peaceful Meadow.

Check out the following recipe guides for more help on Disney Dreamlight Valley: