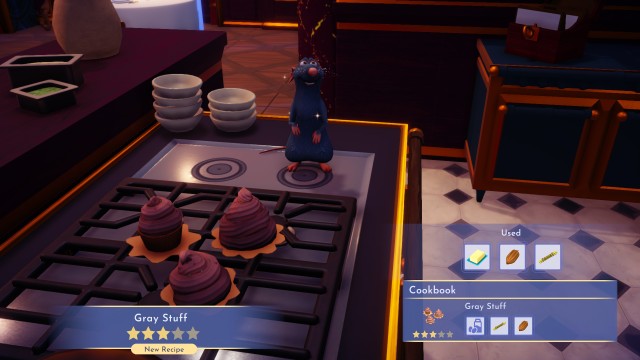 Disney Dreamlight Valley is home to a plethora of familiar dishes that you’ll be able to recreate throughout the game. A particularly memorable meal that makes its appearance within the recipe list is the Gray Stuff from Beauty and the Beast. If you’ve always wanted to find out what it’s made of, then we’ve listed all the ingredients you’ll need to make it below.

How to Make Gray Stuff in Disney Dreamlight Valley 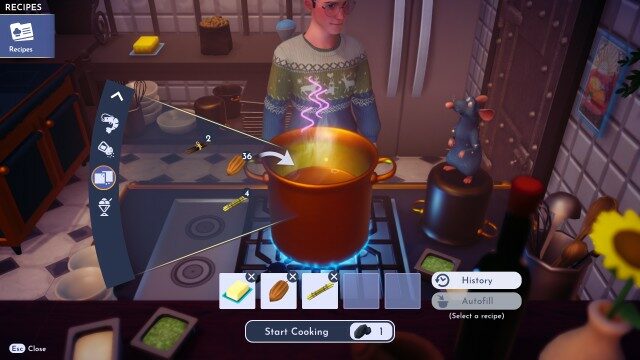 In order to make Gray Stuff, you’ll need three ingredients: Cocoa Bean, Sugarcane, and any Dairy Product other than Milk.

You’ll be able to find Cocoa Beans by heading to either the Sunlit Plateau or the Glade of Trust. Keep in mind that you’ll have to unlock each of these areas first for 7,000 and 5,000 Dreamlight respectively.

It’s also important to note that the Cocoa Bean trees in the Glade of Trust are situated in the section past the blocked bridges. If you haven’t been able to remove the mushroom barricades yet, we recommend opening the Sunlit Plateau first.

Once you’ve entered either of the two areas, you can then harvest the Cocoa Beans from the trees found within. Each tree yields three Beans each so you’ll be able to keep some in storage for other recipes.

Next, Sugarcane can be purchased at Goofy’s Stall in the Dazzle Beach biome. Before you can buy it, however, you’ll have to unlock this location first for 1,000 Dreamlight. You’ll also need to spend 1,000 Star Coins to have the stall reconstructed.

After the stall’s been repaired, Sugarcane will then be available for 29 Star Coins each. Alternatively, you can purchase Sugarcane Seeds instead for five Star Coins but you’ll need to wait seven minutes for it to grow.

Last but not least, you’ll be able to buy Dairy Products such as Cheese or Butter at Chez Remy. You won’t be able to use Milk for this recipe as using it will yield an entirely different creation. Before Remy puts ingredients up for sale, though, you’ll need to finish his second quest beforehand.