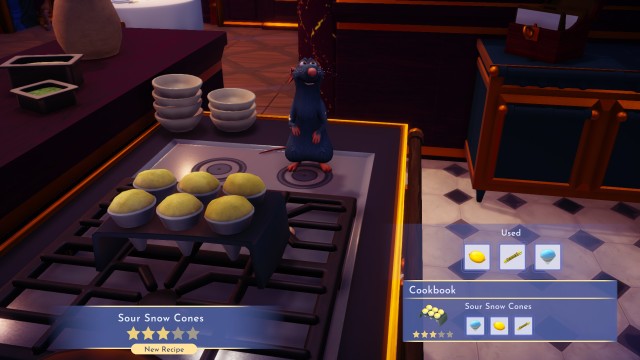 Disney Dreamlight Valley allows you to create a broad range of unique and iconic dishes throughout your journey. The game’s dessert list in particular contains a variety of simple yet iconic creations such as the Sour Snow Cone recipe. This is one players may already be familiar with due to its inclusion in Monsters Inc. If you’re looking to recreate it in-game, here’s all the ingredients you’ll need to make this frozen delicacy.

How to Make Sour Snow Cones in Disney Dreamlight Valley 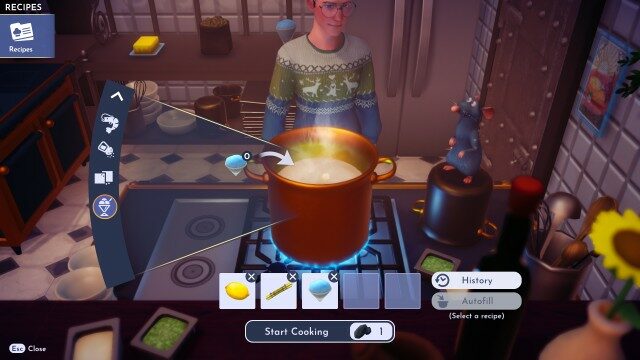 Lemons are the easiest component to acquire for this recipe because they can be found growing on trees in the Forest of Valor and the Glade of Trust. Before you can obtain this ingredient, however, you’ll have to unlock these areas using Dreamlight.

Next, Sugarcane can be purchased for 29 Star Coins at Goofy’s Stall in the Dazzle Beach biome. Alternatively, you’ll also be able to buy Sugarcane Seeds instead for only five Star Coins.

Once again, Dazzle Beach is an area that you’ll need to open first by using up 1,000 Dreamlight. You’ll also have to spend 1,000 Star Coins to have the stall repaired in order to make items available for purchase.

Finally, Ice Slush is an ingredient that can be bought at the Chez Remy pantry for 150 Star Coins. The only problem is you’ll need to have finished Remy’s final quest before he makes it available for sale.

Once you’ve collected all three ingredients, you can head over to any cooking range within the Valley to make Sour Snow Cones. With a sale value of 282 Star Coins, this dish isn’t exactly the most profitable out of the game’s desserts. However, it does restore a significant amount of stamina when eaten as it contains 1,257 Energy.

Check out the following recipe guides for more on Disney Dreamlight Valley: