Almost a week into the month, and we finally have our first look at games coming to Xbox Game Pass in September 2022. After a fairly quiet August mostly held up by third-party games, there’s a range of day-one launches on Game Pass this time around. From licensed movie tie-ins to metal FPS extravaganzas, there’s something for everyone on the service this month. 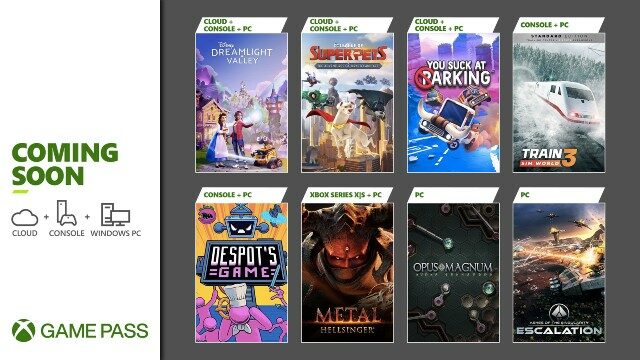 The following games are all due to land on Xbox Game Pass within the next few weeks. Strap in for plenty of new experiences to test out on your Xbox console or PC.

While there aren’t as many new addition as we’d often expect, the quality of the new arrivals is fairly high. You’ve got some day-one launches in Disney Dreamlight Valley, as well as Metal: Hellsinger. The former is a cross between Stardew Valley and the Disney universe, letting you interact with all of your favorite movie characters. Metal: Hellsinger is a rhythm-based FPS, featuring music from metal icons such as System of a Down and Trivium.

Unfortunately, a bunch of new arrivals always means some games are leaving Game Pass. Leaks suggested A Plague Tale: Innocence was due to depart, and that has been proven true. Read on to see all the games leaving in the next few weeks.

There are plenty of games departing, but the range of hit new titles should make up for it. This is another bumper month for Game Pass, and the future is looking bright!