The world of Conan Exiles is mysterious, and it’s that mystery that keeps players coming back. Unearthing ores, defeating enemies, and finding lost treasure; there’s always something new to uncover. Hhowever, some of this lost treasure can be repaired, and doing so requires Black Blood. What is the stuff, and where are you supposed to find it? Read on to find out.

How to Get Black Blood in Conan Exiles 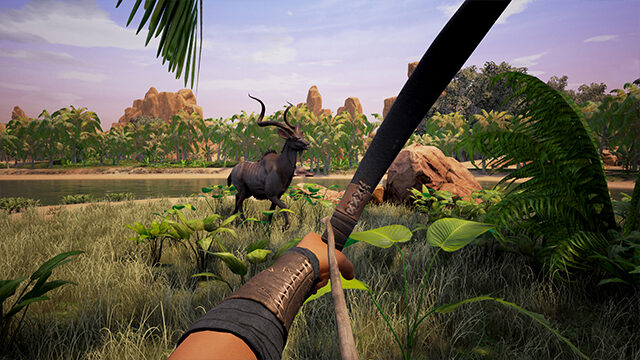 In Conan Exiles, Black Blood is dropped by one of four bosses: Shrouded-By-Darkness, Nest Mother, Feasts-On-Flesh, and Fiend of Jhil. These bosses can only be found in Lockstone Cave, The Scraps, Bin-Yakin’s Seal, and Jhil’s Roost. If you have the Isle of Siptah expansion, you can also get Black Blood by defeating Harpies around the Harpy Vault. In either case, you can harvest it by using a Pick or Pickaxe on their corpses.

The uses for this substance are plentiful. If you have the right materials — namely a branch and a feather — you can combine materials with Black Blood to make special arrows for your bow. Using Witchfire Powder will create FireSpark Arrows, for instance. Raw Ash will make Smoke Arrows, and using Volatile Gland will make Acid Arrows.

However, if you’re the kind of person who wants to learn sorcery in Conan Exiles, you’ll need Black Blood to upgrade the Tome of Kurak. While normally you only need a page from the book to upgrade it, there are three upgrades that require this corrupted life force. One of them requires a Sorcerous Spell Page and Dragon Powder. Another requires a Sorcerous Spell Page and a Fragment of Power. And the last one requires the same spell page, blood, and Witchfire Powder.