The diverse recipe list in Disney Dreamlight Valley contains a multitude of dishes from different cuisines. You’re able to make a significant number of different meals as you progress through your journey. However, there a few quests that will also require you to make specific food items. One particular dish you’ll be asked to cook is the Tekka Maki recipe, as part of Scar’s Friends Aren’t Food quest. Here’s how you can make it.

How to Make Tekka Maki in Disney Dreamlight Valley 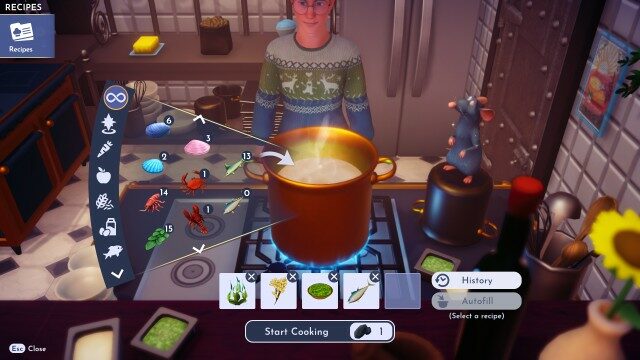 Next up is Seaweed. This is the easiest component to acquire for this dish, as it can be found in the Dazzle Beach biome. All you need to do is use your Fishing Rod on any part of the water that isn’t bubbling to catch it.

Rice can be bought from Goofy’s Stall at the Glade of Trust for 95 Star Coins. However, you’ll have to spend 2,000 Star Coins first to have the stall reconstructed. Alternatively, you can also purchase and plant Rice Seeds instead for 35 Star Coins each but you’ll need to wait 50 minutes to harvest it.

Lastly, you’ll need to use up 104 Star Coins to purchase Soya at Goofy’s Stall in the Sunlit Plateau. You will also need to spend 3,000 Star Coins to have the stall repaired. If you want to save on in-game currency, you can also buy Soya Seeds instead for 60 Star Coins.

With a value of 366 Star Coins, the Tekka Maki recipe is relatively less valuable than other meals. However, it does restore 984 Energy when consumed which is almost enough to refill your energy gauge at lower levels.

Check out these recipe guides for more on Disney Dreamlight Valley: