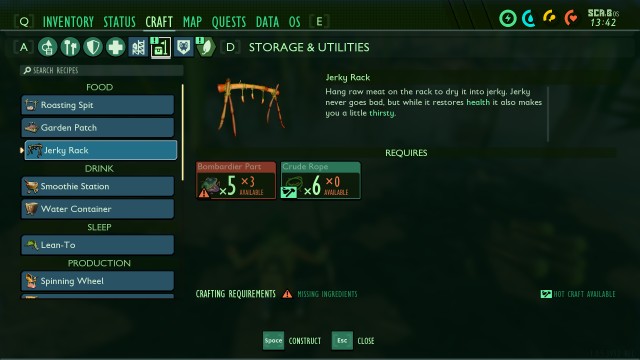 Grounded is an incredibly challenging survival game where you’ll need to scavenge for available resources within a dense, jungle-like backyard. You can then use the materials found throughout the area to stave off hunger and thirst all while fending off dangerous bugs. However, most consumables that you find can often spoil quickly so in order to avoid this issue, you’ll have to use a Jerky Rack. Here’s the recipe.

How to Make Jerky Rack in Grounded 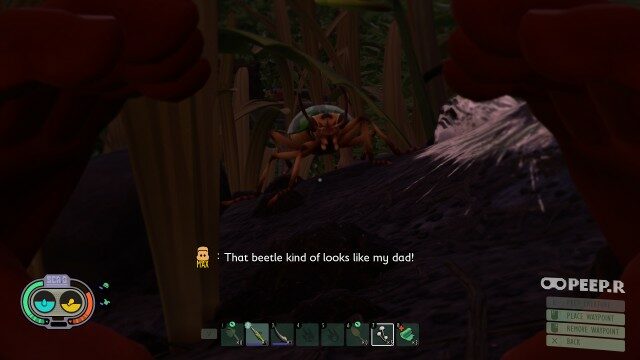 In order to make a Jerky Rack, you’ll need to acquire five Bombardier Parts and six Crude Rope. You’ll be able to get the former by defeating no less than two to three Bombardier Beetles. These hostile insects can be seen roaming different areas of the backyard and are often found patrolling in groups.

Before you face them, however, you should be wearing at least tier-one armor to help negate its heavy damage. We also recommend using an Axe as a weapon because Bombardier Beetles take +50% damage against chopping attacks.

Once you’ve acquired the Bombardier Parts, head over to any Field Station and use one on a Resource Analyzer. You will then be given the recipe for the Jerky Rack after a Bombardier Part has been analyzed.

Afterward, you’ll need to craft six pieces of Crude Rope using 18 pieces of Plant Fiber which is one of the most abundant materials in the game.

It can often be seen growing on the ground in almost all areas of the backyard. To make Crude Rope, you can simply head to the Material Resources section of the Crafting Screen.

With the materials collected, you can then head over to the Storage & Utilities section of the Crafting Screen to make the Jerky Rack. You can use the Jerky Rack by placing food items on it, like Raw Aphid Meat or Raw Gnat Meat.

This process will then prolong the shelf life of whatever consumable is placed on it but you’ll have to wait around 16 minutes in real-time before it can be retrieved.