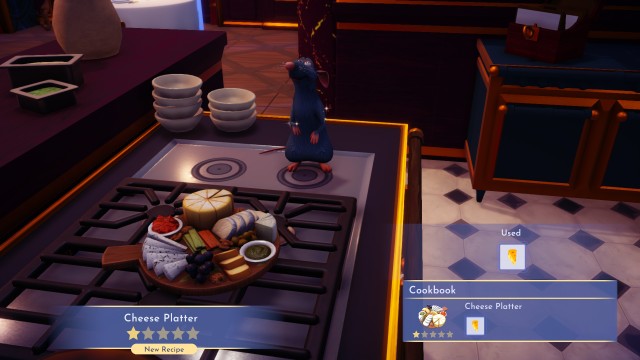 Disney Dreamlight Valley contains a multitude of recipes that you can create throughout the game. Each of the dishes made within isn’t only meant for consumption as they can also be sold for a profit or given as gifts. An example of a simple and easy meal you can cook within the Valley is the Cheese Platter. Here’s a look at the ingredients you need to throw this dish together.

How to Make Cheese Platter in Disney Dreamlight Valley 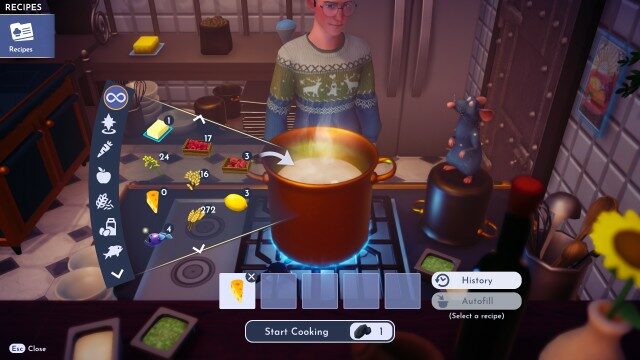 The Cheese Platter recipe in Disney Dreamlight Valley requires only one ingredient: Cheese. This, along with a few other products, can be purchased at the Chez Remy pantry for 180 Star Coins.

Before it will be made available for sale, however, you’ll have to finish Remy’s A Restaurant Makeover quest first. Keep in mind that since this is Remy’s second quest, you’ll have to unlock him from the Dream Castle beforehand. Additionally, you will also need to complete his opening quest called An Important Night at the Restaurant.

It’s also important to note that if you didn’t choose Remy as the first character to unlock at the Dream Castle, you’ll have to spend 3,000 Dreamlight in order to access the Ratatouille Realm.

Once you’ve created the Cheese Platter, you will then be able to sell it for 216 Star Coins. Even though it only requires one ingredient to make, this isn’t exactly the most profitable dish in the game.

Since Cheese alone costs 180 Star Coins, you would only be making a profit of 36 Star Coins if you were to sell this meal. However, it does restore a decent amount of stamina when consumed as it contains 482 Energy.

There will also be times where this specific dish will be a Valley neighbor’s favorite gift. If you want to increase a certain resident’s Friendship Level quickly, giving them their favorite gifts of the day is the easiest way to progress through the ranks. This list also changes daily so making use of this in-game feature is a must if you want to access quests that require specific Friendship Levels.