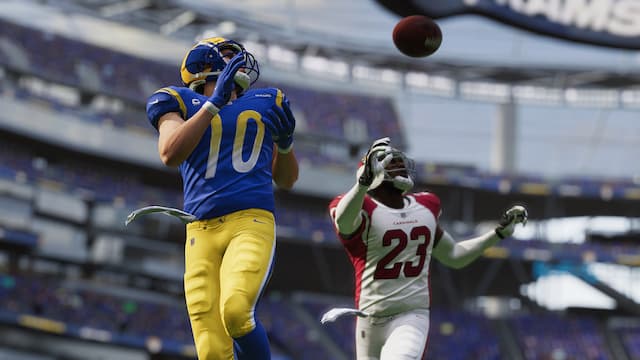 Many Madden 23 players are discovering that there is a long list of advanced controls that can take your in-game performance to the next level. While you can play with the basic controls, your chances of success increase dramatically when you use advanced controls, such as catching controls. That’s right, you can choose how you want your player to receive the ball, such as an aggressive catch. And in this guide, we’ll show you how to do that catch and when to use it.

How to Make an Aggressive Catch in Madden 23 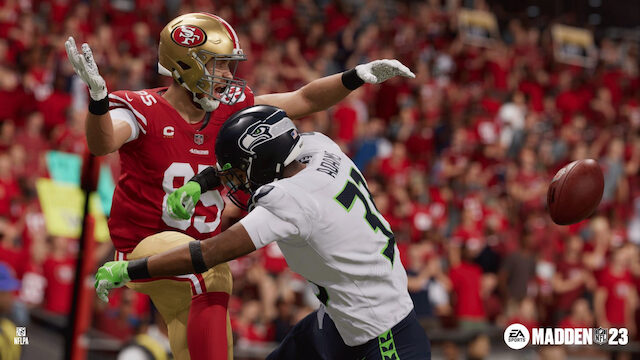 To perform an aggressive catch in Madden 23 on all consoles press Triangle on PlayStation, Y on Xbox, and R on PC.

The aggressive catch is only available to the team on offense, and if they are running a passing play. Once the ball is snapped and you’re in the pocket as the quarterback, proceed as usual, looking for a target. Then, locate your target and make the pass.

Once you’ve made the pass, the AI will switch you to the player making the catch. This will be done immediately once the pass has been thrown and is still in the air. When the ball is in the air and on its way to the intended receiver, that’s when you perform the aggressive catch. In other words, you can only command a catching type while the ball is in the air. Not before it’s thrown, or after it’s caught or dropped.

So when’s the best time to perform an aggressive catch? This catch is best used when there is a defender, or multiple, directly on your intended receiver. In this case, if you activate the aggressive catch, the receiver will fight with the defender for the ball. Basically, if you think the defender can contest for the ball, you should utilize the catch. If your player has room to safely make the catch, then you shouldn’t activate the catch.