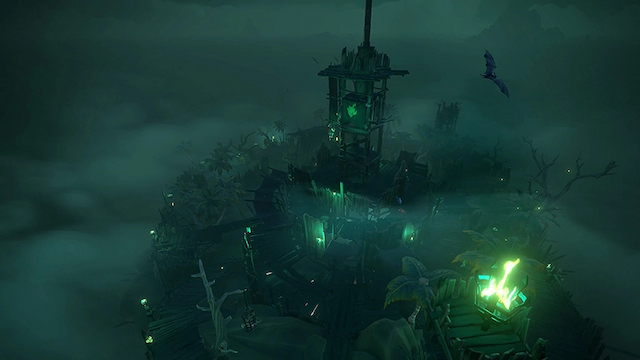 How to Complete the Vanquishing the Damned Commendation 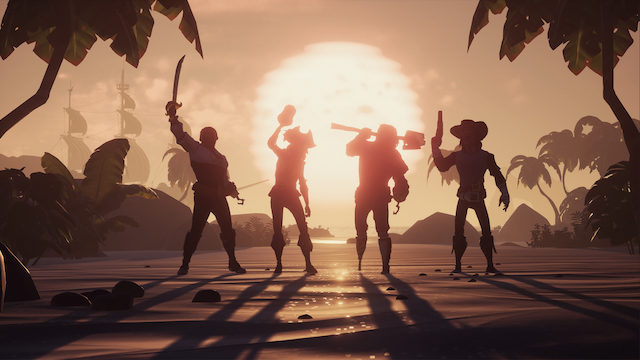 To complete the Vanquishing the Damned commendation in Sea of Thieves, you need to clear the Fort of the Damned of all enemies 25 separate times. Previously known as Old Boot Fort, this location can be found in The Ancient Isles at coordinates L-14. However, before you can best yourself for battle, you must first activate the raid.

A ritual skull and all six flames of fate are used to activate the raid at Fort of the Damned. To obtain a ritual skull, purchase the Skull Stash Voyage from Duke at Old Salts Atoll. Then you must collect all six colored flames of fate. When you respawn in the Ferry of the Damned after dying, you’ll be able to collect colored flames from the well of fates. To collect all six flame of fate colors, you must die by:

Now that you have the ritual skull and all six fate flames, you can proceed to the Fort of the Damned. Go inside the fort and use your six different fate flames to light all six lanterns. Then proceed to the island’s center to find the beheaded skeleton in a cage. Put the Ritual Skull on his head.

Once the fort is activated a red skull cloud will appear above the Fort and begin the raid. Now you must kill all the different colored skeletons as well as the boss, Ghost of Graymarrow. Once you’ve defeated all the skeletons and their boss, great, you’ll have completed a few minor Fort of the Damned commendations already. However, if you want to achieve the Vanquishing the Damned commendation, you must do this 25 times over.