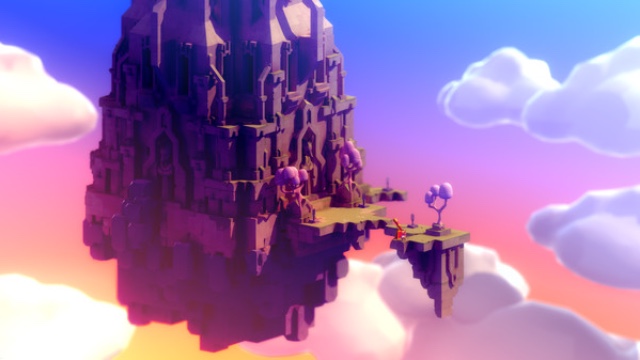 Quick and responsive traversal is key to success in Tunic. This top-down RPG has been one of the most unexpected hits on Game Pass, even though it isn’t always plain sailing. Enemy fights can be tough and traveling can be long, so you’ll be looking for a way to get around quickly. That’s where the teleport dash comes into play. It’s an ability that lets you zip around faster, easing traversal while helping you reach previously locked spots. Here’s the Tunic teleport dash location!

Where to Find the Teleport Dash Location in Tunic

You won’t get the teleport dash ability until quite late into Tunic, after you’ve already explored much of the colorful world. Rather than just finding its location and picking it up, however, you need to complete a series of increasingly difficult combat challenges.

These are the Cathedral challenges, which you activate by hitting the button at the bottom of the Tunic cathedral. To find it though, you need to trigger the boss fight with The Heir, die, become a ghost, and cross the swamp. From there you won’t miss the cathedral, and can tap the pedestal to get going.

What follows is a range of combat challenges. Head to the center of the cathedral, activate the panels, and it begins. You’ll face six waves of enemies, which include fairies, lizards, mages, skeletons, and garden knights. Luckily there are health pickups scattered about, to ensure you don’t die too easily. We also recommend stocking up all of your weaponry and magical abilities beforehand, because it’s one of the toughest runs of battles you’ll face in the entire game.

Once you complete all six rounds, you’ll unlock the ability to teleport dash. That then plays into Tunic‘s Metroidvania elements, as you can use it to reach previously blocked areas that you couldn’t jump to beforehand. It encourages more exploration, and gives you a fine reward for all of that combat.